Underdogs Complete Incredible Rise To The Top Of Italian Football 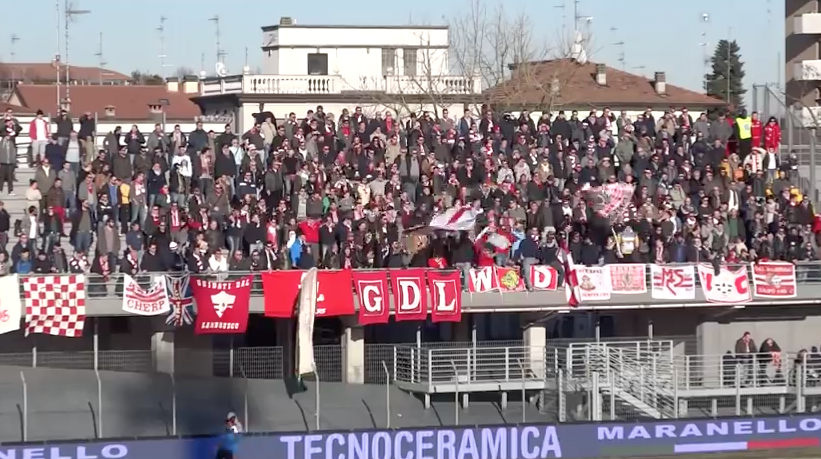 Italian side, Carpi Football Club 1909, have completed an unbelievable rise to the top of Italian league football and look forward to playing in Serie A next season against the biggest names in Italian football.

There are four games to go and they sit first in the Serie B, ahead of third placed Bologna by 12 points, meaning Bologna can not catch them in the remaining games. Two teams get automatically promoted so even if they are caught by second place Frosinone.

The club was playing in Italy's fifth division just five years ago. Their coach was delighted with their gradual improvement and is sure that they have plenty of room for further growth:

It's been an extraordinary journey and I'm delighted with this promotion. This team has improved step by step and these lads have a great future

It is not the first time that they have made the headlines this season after Lazio president Claudio Lotito said that if teams like Capri move up to Serie A Italian football would soon die. He said:

If teams come up who are not worth lira, in two or three years we won't have a penny

The club went bankrupt and faced extinction in 1999 and was re-established the year after and just 15 short years later they are playing in Serie A. It is quite the dramatic rise for a club that saw Marco Materazzi pass through its gates.

The town of Carpi has a population go 67,000 and their stadium only holds 4,144 which is well below the required minimum of 20,000 for all Serie A stadiums. Questions

See Also: Sergio Aguero Picks His Best XI Of All Time And It’s A Manager’s Dream

See Also: Theo Walcott Has A Solid Excuse For Why He Hasn’t Been In The Arsenal Team

Football
2 days ago
By Balls Team
In Pictures: Football Fans Around The World Mourn The Loss Of Diego Maradona
12

Football
1 day ago
By Balls Team
Neil Lennon Sounds Very Confident That He'll Be Able To Turn Celtic's Nightmare Season Around
Football
2 days ago
By Balls Team
In Pictures: Football Fans Around The World Mourn The Loss Of Diego Maradona
Football
2 days ago
By Gary Connaughton
The 'Diego Maradona' Documentary Is Now Available To View For Free
Popular on Balls
GAA
13 hours ago
By Sean Meehan
GAA Mulling Over Decision To Play Club Before Inter-County In 2021
10