Tancredi Palmeri is a sporting journalist with beIN Sports, and covered the Euro 2020 tournament games held in Wembley.

On his twitter account, he has provided a thread of tweets describing what it was like to be caught up in the chaos outside the stadium.

Palmeri says the stadium security, and not the police, are to blame for the rioting that ensued before and after Sunday's game.

In the 15 days I have worked outside Wembley, I’ve constantly reported live that security (not police) was a joke:

worried about not letting press put tripod on ground, but letting people be as much animals as can be.
The problem lies within English system of ‘tolerance’ (1)

The Italian journalist detailed how he was assaulted by English fans on more than one occasion, and how he doesn't understand their level of policing.

(2)
It’s baffling how English system is accepting that mass can go as drunk and crazy can be, and getting surprised if things go out of control.

I can report my own experience:
I have done live hits outside stadium with all kind of fans along this Euro, but the only (cont)

(3)
problematic ones have been those with English fans after game.

Twice I have been assaulted and mobbed. Had to run away hoping they would’ve let me go from their ‘catch’.
2nd time quite scary, 20 people slapping: if wasn’t for @EldergillCNN help, it would go way worse (cont)

The scene's described by Palmeri are disgusting, as he details '20 people slapping' him before someone was able to intervene. The Metropolitan Police didn't come to his aid either.

Palmeri continued his twitter rant on the policing standards by claiming the security on hand had their priorities in the wrong order. He even spoke to a police chief and that was 'mocking' him for wearing a mask when confronted.

This incident follows on from a number of eye-witness accounts from fans and media personnel who were attacked or assaulted in some form at England's home games.

A Danish woman, living in London for 15 years, was jeered outside the stadium and had her hair pulled by opposing fans as she left Wembley after the semi-final.

The incidents that took place yesterday at Wembley Stadium are just unacceptable. From this, to the Italian fans being assaulted.. how is it possible for such a huge event to be this unorganized and unsafe? Hope Lando is well. #EURO2020 https://t.co/qAtA5uX4BQ

Formula One driver Lando Norris was one of the more high profile casualties, as he was mugged departing the stadium after the final on Sunday night.

The English FA are carrying out an investigation into the fan behaviour before and after Sunday's Euro 2020 final. 19 police officers were injured in brawls outside the stadium.

Over 80 people were arrested for a mixture of public disorder, assault and drunkenness violations at the match. 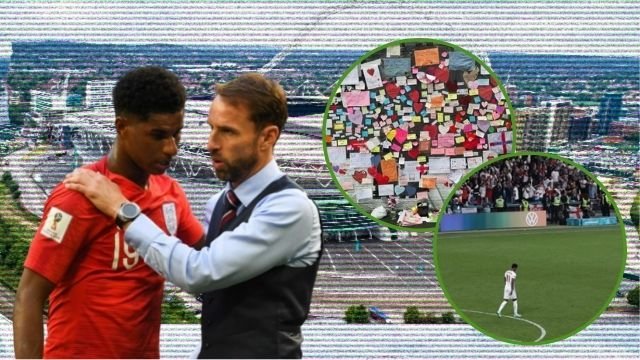 Football
4 weeks ago
By Gary Connaughton
Quiz: How Well Do You Remember The Euro 2020 Final?
Football
3 months ago
By Jonathan Byrne
90 Arrests Made By Police For England Fan Behaviour At Euro 2020
Football
3 months ago
By Conor Breslin
Bonucci Says Declan Rice Comments Gave Italy Extra Inspiration
Popular on Balls
GAA
2 days ago
By PJ Browne
Insane Drama As Late TJ Reid Goal Sends Ballyhale Into All-Ireland Final
Rugby
1 day ago
By Colman Stanley
Yesterday Was Not The First Time Wayne Barnes Sent A Player Off For Getting Lippy
Rugby
22 hours ago
By Colman Stanley
Champions Cup Predictions And Permutations For The Irish Provinces
The Rewind
2 days ago
By Jonathan Byrne
The Definitive Ranking: Deli Items Ranked From Best To Worst