Remembering The Wonderful Scrap Between Rino Gattuso And Joe Jordan

All are fights that we could watch time and again, be it for the spectacle, the skill or the conclusion. However, what those fights lack are the element of surprise.

These were pay-per-view events advertised for months in advance. You may not have anticipated a great fight, but a fight was sure to occur.

It's why when fights occur during football matches, there's an adrenaline surge. It pulses through the crowd, the viewers and all members of the two teams.

It's why when commentators talk about nobody wanting to see 'unsavoury' scenes, it's a barefaced lie. The commentator knows it, the viewers know it, even the producers of the programme know it. It's done solely so that the regulator doesn't get on their back.

But we digress, those 'unsavoury' scenes often turn out to be the most memorable aspects of a match, and that was certainly the case back in 2011 at the San Siro.

Tottenham Hotspur were experiencing their first taste of European football's elite club competition since 1962. They managed to win their group before facing an AC Milan side having their last great season.

It was expected that Spurs would bow to the more experience Italian side, with the likes of Zlatan Ibrahimovic, Thiago Silva and Alessandro Nesta amidst their number.

However, in the first leg at the San Siro, Spurs weren't going to lay down and die. They'd already played at the San Siro during the group stage, with Gareth Bale having a coming out party at the expense of Inter Milan's Maicon.

The game was a dogged and attritional affair, with former Arsenal midfielder Matthieu Flamini lucky not to be sent-off for a two footed lunge on Vedran Corluka. Milan's experienced goalkeeper Christian Abbiati also had to be subbed off after sustaining a knock to the head.

As the match went on, Milan became even more petulant in their play. It reached a fever pitch when Peter Crouch put Spurs into the lead in the 80th minute.

The actual football was a mere sideshow to what Gennaro Gattuso was getting up to.

The Snarl was in peak form that night, being a premier irritant to everyone that came near him. Spurs players, namely Peter Crouch and Steven Pienaar, were on the receiving end of his antics.

However, it was his tussle with Spurs assistant Joe Jordan which will go down in infamy as an all-time hilarious Champions League moment.

Firstly, Gattuso and Jordan jostled during the match, with words being exchanged and Gattuso attempting the throttle the former Scotland international.

Gattuso, Milan's resident hard man for over a decade, might not have known that Jordan, or 'Jaws' as he was known during his playing days, was also something of a tough guy, and had a two season stint with Milan in 1980s (at a time when Milan had a hilarious sponsor).

Regardless, Jordan seemed to get into Rino's head, so much so that Gattuso picked up a yellow card meaning he'd miss the second leg at White Hart Lane. Of course, the yellow card didn't stop Gattuso from kicking everything in sight, in fact, it only seemed to galvanise the Italian international.

However, when the full time whistle sounded, Gattuso's kung-fu exploits were in vein as Spurs took a 1-0 aggregate lead into the second leg.

It seemed like Gattuso had forgotten about his tussle with Jordan during the match, shaking hands with Spurs players he had kicked for 90 minutes previously.

That was until he caught a glimpse of Jordan on the sideline, with round two suitably resuming.

Gattuso wanted more of Jordan, and with Big Joe not one to shy away from conflict, he got more. Verbals were thrown once again, with Jordan's bellowing Scottish accent and Gattuso's Glasgow twang from his time at Rangers.

Then, Gattuso decided to lay the nut on Jordan, as if it was an inevitability.

The Spurs bench managed to come between the two, with Rafael van der Vaart attempting to hug Gattuso into submission.

That was the end of Jordan/Gattuso, with Gattuso's suspension meaning the the second leg was devoid of any physical altercations between players and staff. Either way, the jostle between the two remains one of the most enduring images from that season's Champions League.

A run of the mill Round of 16 clash that burst into life thanks to a temperamental midfielder and a sturdy assistant manager, when will we see your likes again?

The clash may be more than ten years old, but it is a timeless scrap for the ages. 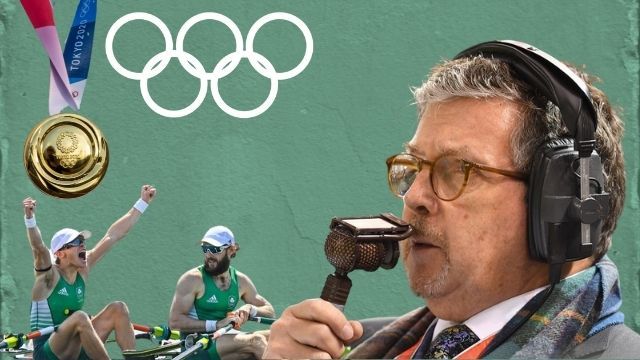