Ireland U21 Adam Idah has expressed his delight after coming off the bench for his Premier League debut during Norwich's 1-1 draw with Crystal Palace on Wednesday.

The Cork teen and academy graduate came on in place of Alexander Tettey to fulfil a childhood dream.

“I’m delighted because I’ve been dreaming of this moment since I was a young boy,” he told the club's website. “I’m very honoured and happy to make my debut.

“I found out on Tuesday after training that I’d be involved and I was delighted, so I went home and rang my family straight away. They watched the game so I’m buzzing.” 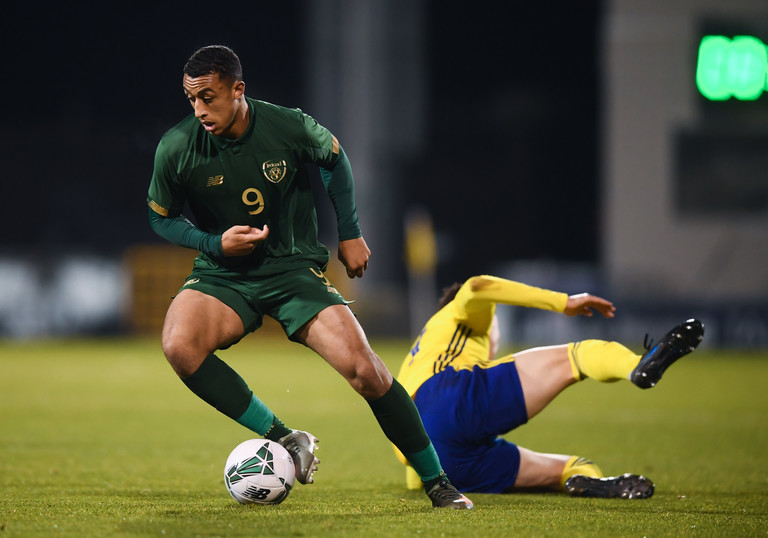 Idah is one of several young Irish players at the club including Simon Power, Andrew Omobamidele and William Hondermarck. He said the fact that manager Daniel Farke trusts in young players is a major positive.

Everyone knows he trusts young players like Max Aarons, Todd Cantwell, Jamal Lewis and Ben Godfrey, so for me to work under him is unbelievable. I knew he trusted me to bring me on, so I’m grateful to have him as my manager.

Watching the other young lads go from academy football into the first team gives you that belief and hope that you can do the same thing and follow their paths. It’s great to play with them.

SEE ALSO: Time To Give Podge Amond His Due - Vote For Him In The FA Cup Team Of The Decade