Watch: It Took Jack Byrne 7 Minutes After Restart To Do Something Outrageous

The League of Ireland is back, and while supporters will be disappointed that they won't be able to attend games for the foreseeable future, they will be no doubt delighted to see the return of domestic football.

We will be able to see the games, with the €55 pass to watch nearly every game over the remainder of the campaign.

We had two games in the Premier Division last night, with Sligo Rovers claiming their first three points of the season with a win over Derry City, while Dundalk and St Pat's shared the spoils in their contest.

League leaders Shamrock Rovers were back in action this afternoon, and it didn't take long for their star man to get the show back on the road against Finn Harps. Jack Byrne buried a free-kick into the top corner after only seven minutes to give his side the lead. 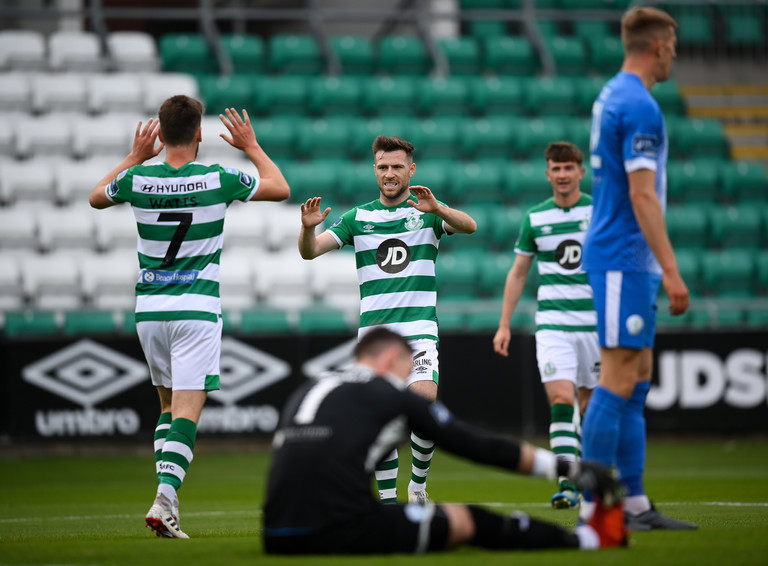 Not a bad way to get back into the swing of things.