Shamrock Rovers' European journey for this season came to an end last night, but it's fair to say that they gave a more than credible account of themselves in the 2-0 loss to AC Milan.

The Italian side were incredibly strong favourites for this game, with many expecting a routine victory. That wasn't quite the case.

Shamrock Rovers made a number of chances of their own, even having the opportunity to take the lead in the 13th minute when Aaron Greene's low driving shot was brilliantly saved by Gianluigi Donnarumma. Milan dominated the ball, but with the exception of a few occasions, they were largely kept at bay by the visitors.

Two moments of brilliance ultimately proved to be the difference, with cracking goals from Zlatan Ibrahimovic and Hakan Çalhanoğlu securing the win.

While most of Shamrock Rovers' work was done on the defensive end, some of their players further up the pitch did stand out. It probably won't surprise you to learn that amongst that bunch was Jack Byrne.

This was billed as a big occasion for the 24-year old. Widely regarded as the best player in the League of Ireland since returning to these shores in 2019, Byrne was now getting the chance to test himself against one of the biggest clubs in European football.

The timing was also ideal, with the player having been left out of Stephen Kenny's first Ireland squad. The new Ireland boss and his assistant Keith Andrews were on hand to take in this fixture, and they can't help but come away impressed with what he saw from Byrne. 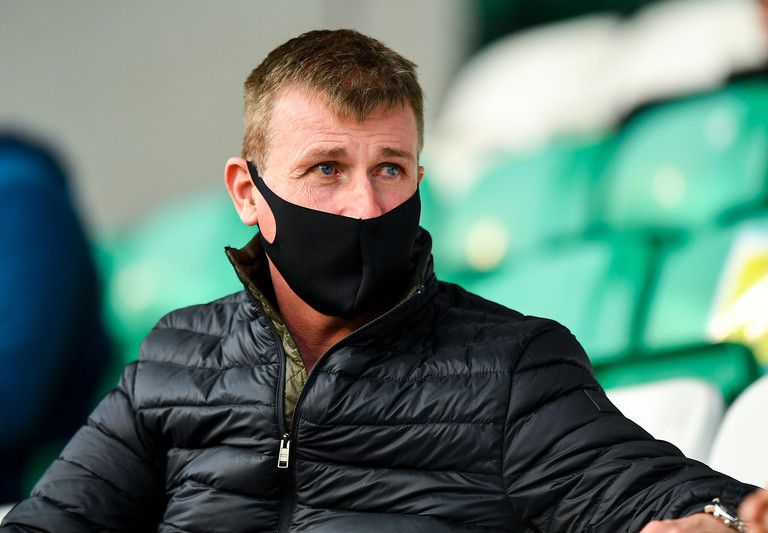 The midfielder acted as Rovers' only real method of advancing the ball through the middle third, something he did very affectively throughout the contest.

Milan were clearly targeting him, with the relative lack of numbers higher up the pitch allowing them to swarm Byrne whenever he received possession. Midfielder Franck Kessie seemed to be the one who would press him most often, and while he did break up a number of promising attacks, the number of occasions that Byrne skipped by the €30million Ivorian with relative ease was hugely impressive.

That aforementioned Greene chance in the 13th minute was made by Byrne. He picked up the ball on the halfway line before producing a driving run and eventually slipping in a beautiful disguised through ball in behind the Milan defence.

He produced a number of such dribbles, while also picking out some incredible long-range passes. Not everything he attempted came off for him, but it's fair to say that the watching public were massively impressed with his display.

Jack Byrne put any doubt to bed tonight that he can't play at a higher level he was outstanding! Milan clinical and obviously had more quality but we were very brave and only for two brilliant saves from Milan GK we score a couple tonight!Reset now and go on and win the league☘

We don't have another player like Jack Byrne in Ireland. For options alone, he should be in every squad.

Jack Byrne has been exceptional tonight. There’s got to be a few 👀 keeping a close look. Everything he done seemed so easy for him. 👏🏻👏🏻👏🏻

If Stephen Kenny is to implement a passing style that emphasises playing in tight spaces and retaining possession, there would seem to be few Irish midfielders more equipped to doing so that Jack Byrne.

The step up from League of Ireland to international football is rightly seen as a major one, but last night the Shamrock Rovers man proved that he can stand out against top class opposition. He should be given the opportunity to bring his qualities to the international stage on a more regular basis.

It will be interesting to see if he is included in the squad for the play-off against Slovakia next month. 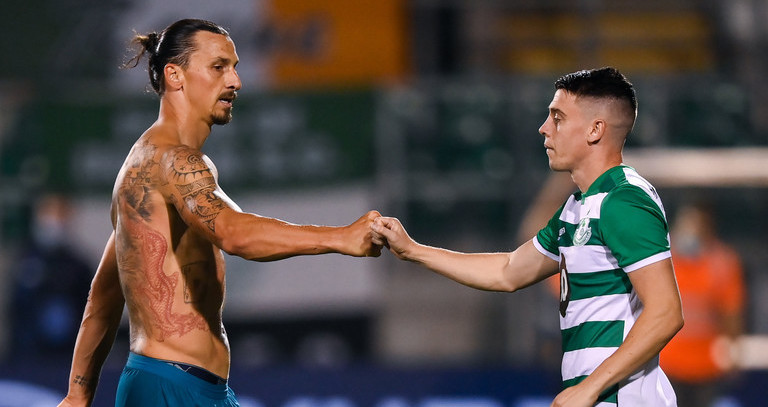 Football
3 weeks ago
By Gary Connaughton
Mario Mandzukic Makes Fantastic Gesture After AC Milan Injury Struggles
Football
2 months ago
By Sean Meehan
It's Been 10 Years Since Rino Gattuso And Joe Jordan Had Their Wonderful Scrap
Football
7 months ago
By Mark Farrelly
AC Milan Won A Completely Absurd Penalty Shootout Last Night
Popular on Balls
The Rewind
16 hours ago
By Fiachra Gallagher
"Guy Was An Interior Decorator!": 20 Years On From One Of The Best Sopranos Episodes
Rugby
13 hours ago
By Eoin Harrington
Kyle Sinckler Was Incredibly Honest About His Lions Omission
Football
18 hours ago
By Gary Connaughton
Derby County Have Mick McCarthy To Thank After Crazy Escape From Relegation
49