What The Hell Is Going On With Jack Byrne At Blackburn Rovers?

Jack Byrne was identified as the next Roy Keane by Patrick Vieira last year. A stellar season on loan at Dutch club SC Cambuur followed for the Dublin born Manchester City midfielder. His performances earmarked Byrne as one of the most exciting Irish talents around.

When he sealed a loan move to Blackburn Rovers (we had hoped to start calling them 'Jack Byrne Rovers') during the summer it appeared as if Byrne was ready to cement his place in the Irish Senior set up and take the Championship by storm. 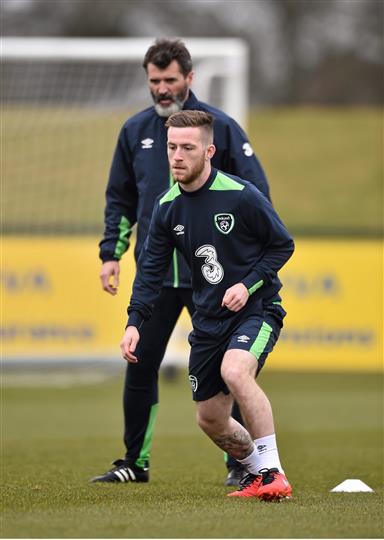 Unfortunately, despite a promising start, things have taken a dramatic nosedive for the diminutive playmaker.

Byrne has just been involved in one game for Blackburn since August 23rd, a 1-0 League Cup defeat to Leeds United. He was an unused substitute in four successive league games up to that but hasn't even made the bench in their last two games.

Manager Owen Coyle simply cannot find a place in his team for the skillful midfielder, even with Rovers dropping into the relegation zone.

Paul Wheelock, who covers Blackburn Rovers for the Lancashire Telegraph, explains what he believes has caused the fall from favour for the young star.

Jack started off the season well, he played most of the games in the first few weeks but results weren't going the club's way and Owen looked to change it up.

Most recently now he has been using two in the centre of midfield. Charlie Mulgrew was signed from Celtic, he got injured, but Danny Guthrie is now the preferred option to partner Corry Evans. I think Owen is looking at their experience and he wants to use that.

Rovers have improved too, picking up wins against Rotherham United and Derby in recent weeks. It is now very much a case of Jack Byrne waiting for his chance according to Wheelock.

When Owen took over there was just twelve or thirteen players on the club's books. Jack came in in the first batch of signings that he made. Some more signings came in at the end of the transfer window and with the side struggling they were brought into the team.

Even though the results haven't been going their way, performances have improved and the manager is pleased with how the team is performing. You can't really complain about that so Jack will have to wait for his chance.

With Anthony Stokes just returning from injury and Darragh Lenihan finding his game time reduced, the Irish contingent at Blackburn are not enjoying the best of times. However, with Rovers still struggling, we may see the trio, and Byrne in particular, back in the starting line up in the near future. Hopefully, he'll get the chance to displaying skills like those we saw last season... and we get to use the Jack Byrne Rovers headline more often!

Football
6 months ago
By PJ Browne
'The Stuff That Was Done To Us, You'd Get The Sack Or Go To Jail Now'
Football
10 months ago
By Gary Connaughton
Having Began His Career With A Broken Back, Darragh Lenihan Now Enjoys Weight Of Responsibility
Football
1 year ago
By PJ Browne
Ireland International's First Goal In Two Years Sees Blackburn Beat Hull
Previous Next