Jack Byrne opens the scoring for Shamrock Rovers at the RSC with a thunderbolt from 30 yards!

Byrne's form for Shamrock Rovers has been nothing short of astounding this season. The playmaker has bagged seven goals and a boatload of assists for The Hoops as they pursue Dundalk for the League of Ireland crown. The capture of Byrne was considered a coup at the start of the season, and has turned out beneficial for both parties.

Jack Byrne does it again!

The Ireland midfielder nets another cracker from outside the area!

Byrne has found himself in all of the provisional Ireland squads announced during his time in Tallaght. Furthermore, he picked up the SSE Airtricity League Player of the Month award twice already this season. The former Man City man's talents were truly exemplified in Europe, with Byrne being the standout player in ties against SK Brann and Apollon Limassol.

Byrne's performances have returned to the level they were at whilst he was on loan at SC Cambuur in 2015/16. At that time, some were dubbing the Ballybough man as the 'new Wesley Sneijder'. Although he hasn't quite lived up to that billing, Byrne's return to Ireland has rejuvenated a career which looked like petering out.

Following his stellar spell in the Netherlands, Byrne went back out on loan to Blackburn Rovers. However, he only played four times in the Championship for Owen Coyle's side before cancelling his loan deal in January. His short stint at Blackburn began a period of bouncing around clubs, joining Wigan Athletic permanently in the summer of 2017 before being spat out on loan to Oldham Athletic. 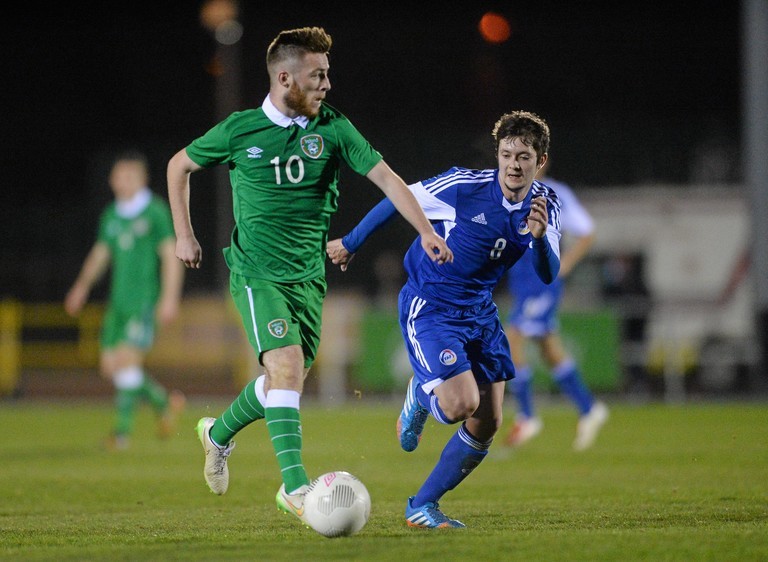 Byrne rekindled a semblance of form whilst on loan at Boundary Park, leading to a permanent move. However, that move soon turned sour, with Byrne frozen out of the Oldham squad and lambasted by manager Frankie Bunn and owner Abdallah Lemsagam.

This led Byrne to sign for Steve Clarke's Kilmarnock, however he struggled to get into a Killie side which was at the summit of the SPFL for the majority of the season.

Byrne was well aware that some would see his move to Shamrock Rovers as a death knell for his once promising career. However, taking the mantle from Graham Burke, Byrne has excelled as the creative spark in a Rovers team chockfull of midfield talent.

His goals against Waterford, and further goals against Sligo and UCD, display Byrne's goalscoring abilities. However, his capacity to link play and open defences are a facet of Byrne's game which finds his a step above his League of Ireland counterparts.

Whether he leaves Rovers at the end of this season or not, take the chance to watch Jack Byrne in the flesh while you can.

Football
2 weeks ago
By Balls Team
'They Suspended Me Again For A Tweet: Two Emojis They Said Referred To The Club'
6

Football
1 month ago
By Michael McCarthy
Did Jack Byrne Do Enough To Force His Way Into Irish Squad For Slovakia?
Previous Next

Football
2 weeks ago
By Balls Team
'They Suspended Me Again For A Tweet: Two Emojis They Said Referred To The Club'
Football
1 month ago
By PJ Browne
Jack Byrne Performance Gives McCarthy 'Plenty To Think About'
Football
1 month ago
By Michael McCarthy
Did Jack Byrne Do Enough To Force His Way Into Irish Squad For Slovakia?
Popular on Balls
The Rewind
20 hours ago
By PJ Browne
Quiz: Name These 18 Irish Films From Just Their Taglines
64

Rugby
16 hours ago
By PJ Browne
Quiz: Can You Identify These 2000s Irish Rugby Players?