Shamrock Rovers' and former Man City man Jack Byrne has had a rollercoaster career and he's still only 25-years-of-age.

From stints in the Netherlands, Scotland and Cyprus to name a few - he's built up his fair share of stories from his younger playing days.

It all started at Manchester City for the St Kevin's Boys prodigy at the age of fourteen. Speaking to the Talking Bollox Podcast, he spoke about what it was like at first.

"I loved it. The first couple of weeks I remember getting there, no homesickness. No anything. You're just there playing football every day."

The former @ManCity youth player rejoins just a year after leaving the Hoops to join @apoelfcofficial in Cyprus. #OurLeagueOurPassion pic.twitter.com/Mv7KsKe5k0

"We signed a lad from Real Madrid for 5 and a half million quid at my age. He was unbelievable. You're just loving it. You go in training thinking, 'this is great, this is what I always wanted'."

Jack then talked about the difficulties he encountered being a youngster away from home. He said the fear of missing out on his youth was tough.

"Then it hits you. And when it hits you, you fucking know about it. You see all your mates. You think they're not big things now but you're looking back."

"I can't believe I was even worried about my mates eighteenth or junior night. At the end of the day, you're still only a kid."

Jack Byrne on the bench for Man City 21's against Liverpool. pic.twitter.com/pj3UJj3fpG

Byrne was on the books at Manchester City for five years and played with the likes of Angeliño and Jason Denayer for their youth teams.

"We had a serious team. Us and Chelsea were the best twenty-five 16 to 23-year-olds in the world. We're not talking about in the country, if you're the best in the world - Man City are buying."

Byrne recalled a game he played against Leroy Sané for Man City in the Youth Champions League. Sane was playing for Schalke 04 at the time.

"Next week Leroy Sane scores in the Bernabéu against Real Madrid. Schalke I think got beat 5-2. Man City signs him for 50 million to come in that summer after the two games."

Man City's Samir Nasri goes in for a kiss/tries to crush the skull of Pablo Zabaleta in training today. #MCFC pic.twitter.com/tRuueGN59V

Hardest To Train Against?

While involved with Man City over the years - the opportunity presented itself on multiple occasions for Byrne to train with the first team.

He recalled the hardest player he encountered in training. "(David) Silva is a joke - different level. But (Samir) Nasri - I'm telling you, never seen a player like him."

"I'm telling you lads. Couldn't get the ball off him. Couldn't tie his laces. Going around with baggy jocks on him and the scarf up there."

"This fella - ridiculous level like. And that's levels. You're going in thinking like 'I'm good and then you go and train with him and you're thinking 'I am brutal'."

"One of the best in the world. He just had this big fat arse, sink in, can't get the ball off him. He was a madman as well so he was."

Playing Under Vieira At Man City

Before taking up the managerial post at Crystal Palace - Patrick Vieira was spearheading the youth setup at Man City.

Byrne played under Vieira and credits him with helping him with his playing style. "You just respected him, you listened to him," he said.

"He changed my game completely. You just had a different level of respect for him when he was talking to people."

We can confirm that Jack Byrne has returned to #mcfc from his loan spell at Blackburn Rovers. pic.twitter.com/iiYSuDVScP

"He used to bring people in physios that used to work with him and Arsene Wenger. I think they were like 1500 quid a person and they were seeing us as 16-year-olds."

"I have a scar on my nose from playing 5-a-sides ... I got loafed. This fella used to say my breathing was all off. Used to be rubbing the scar off my nose."

Byrne then detailed how Vieira was always keen to work on his craft even when there was some downtime. He said they'd travel to Pep Guardiola in Germany at the time.

"Tactically he used to go over and work with Guardiola in the offseason. The international breaks - he wouldn't be in with us. He'd be off with Bayern Munich."

"We used to go over to Pep all the time, When you'd come back then you'd be doing Pep sessions. We loved that. That obviously improved our game." 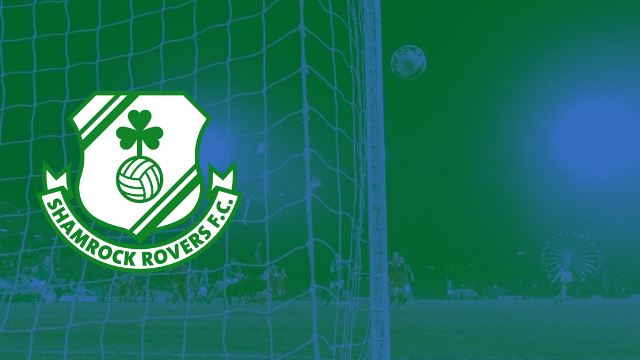 Football
4 months ago
By Gary Connaughton
Jack Byrne Recalls Strange Circumstances Of Mick McCarthy's Sacking At APOEL Nicosia
Football
7 months ago
By Gary Connaughton
At The Key Moment In His Career, Jack Byrne Made The Wrong Transfer Choice
Football
8 months ago
By Gary Connaughton
Report: Jack Byrne Could Exit APOEL Before End Of Transfer Window
Popular on Balls
Rugby
1 day ago
By Colman Stanley
'I Think Munster Softened Them Up For Us': Sexton Not Carried Away After Clincial Leinster Win
GAA
2 days ago
By PJ Browne
Mayo's Padraig O'Hora Using Football To Promote His Real Passion
Rugby
15 hours ago
By Colman Stanley
'That Pace, That Intensity, That Organisation' All Black Legend Has High Praise For Leinster
The Rewind
1 day ago
By Eoin Harrington
Watch: Brilliant Dermot Morgan Dublin Segment From 'The Travel Show' Resurfaces