Jack Byrne's transfer to APOEL Nicosia at the start of the year was seen as a surprising one by many, but hopes were high that he would excel after a move to the continent.

The midfielder certainly seemed very suited to the continental style of football, while he would also have a familiar face in charge of the club in the form of former Ireland boss Mick McCarthy.

Unfortunately, things never quite worked out for him.

Not only was McCarthy sacked a matter of days after his arrival, but Byrne's own injury issues ensured that his career in Cyprus never really got off the ground. He would leave the club a few weeks ago only nine months into a two-and-a-half year contract, rejoining Shamrock Rovers for the 2022 League of Ireland season.

Despite how the move went for him, Byrne seems to hold no grudges. Appearing as a pundit on Premier Sports last night, the Dubliner said he had no regrets over the decision to move to APOEL. He also recalled the strange circumstances surrounding McCarthy's sacking.

🟢⚪ @Jackb_8 on his return to Ireland and @ShamrockRovers, his time in Cyprus, and more!

🗣️ "I love the fans there and think I had a great relationship with the fans before I left. So it was nice that they gave me that reaction and were happy to see me come back." pic.twitter.com/41gijgpt8E

It was a punt. It was a gamble, but I didn't think it was going to be as much of a gamble going over.

These things happen. That's football and you just have to get on with it. You have to roll with it when it happens. Unfortunately it didn't work out the way I wanted it to, but I'd do it again. I enjoyed and it's no problem...

It was a strange one. I got a couple of text messages, talking about rumours online and a few bits and bobs that Mick was sacked. I said 'no chance, we've just finished a game and got back to the house, it's not true'.

Then I got a phone call 15 minutes later, myself and Joe Garner (who had also just signed under McCarthy) were in the house. Mick said 'I'm sorry lads, that's me done'. That was it, we found out Mick was gone.

We got called into the office the next day and the (club) president was there saying 'don't worry, you're still in our plans'. I said 'I hope so because I've just signed a two-and-a-half year deal!'

Despite being the most successful club in Cyrpus and having an excellent recent track record in Europe, APOEL are somewhat of a basket case at the moment. They go through a huge number of managers and results on the pitch have dipped quite a bit over the last couple of seasons.

It certainly seems like this move came at the wrong time from Byrne's perspective, although he will no doubt be looking forward to pulling on a Shamrock Rovers jersey once again in the new year.

SEE ALSO: Dubliner Recalls Day Roy Keane Had His Back Against Nicky Butt 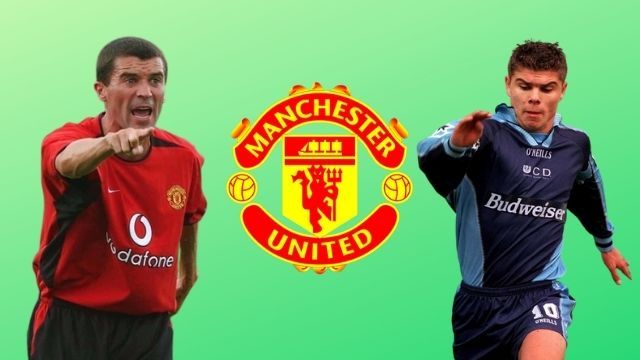