'They're Both Nuts' - Patrick Vieira Has Identified Ireland's Next Roy Keane 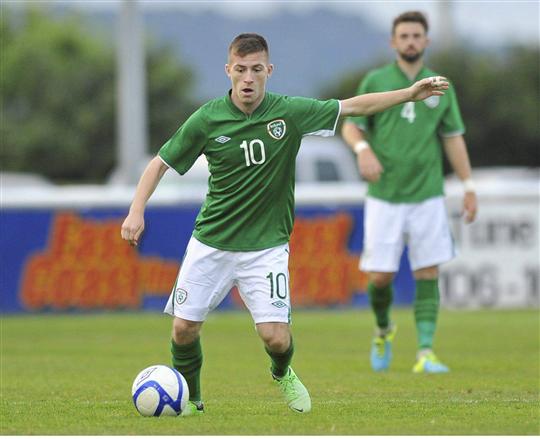 Jack Byrne will follow in the footsteps of Roy Keane.

That's the opinion of former Roy Keane nemesis Patrick Vieira anyway. Vieira is the elite development squad coach at Man City, where the Ireland U19 international plays his football. It's clear that Vieira has a high opinion of the starlet, (via independent.ie)

The only way to compare Jack and Roy is that they are both nuts!

That can help - especially when you're Irish. You must have it, as we're in a world of competition, and the desire and personality will make a difference. Sometimes people get it wrong between having a personality and being stupid. But Jack Byrne has personality.

Vieira's comments came after the Man City development squad's pre-season friendly loss with St. Pats at Richmond Park. Keane himself has already taken notice of Byrne, giving his seal of approval for the youngster's loan to Dutch club SC Cambuur.

Vieira took the opportunity to gush about his liking for the youngster:

I don't know any top-quality player who doesn't have that. It's part of Jack's character and I've never had any issues with him. I love him more than anything else.

On the ball, he is technically very good. He understands the game quicker than anyone else. I've worked with Jack for the last few years and he really improved in the last year. It was fantastic, especially in the last three or four months, he was one of my best players.

He got to the level where I didn't expect to be honest. He showed me that I was wrong and that's why I'm really pleased with him as he worked really hard.

That has to be music to the ears of Irish football fans crying out for some young talent to come through into Martin O'Neill's squad. Vieira then explained the reasoning behind Byrne's loan to Holland, and spoke about what the 19-year-old has to work on to take the next step with Manchester City:

Physically, he knew that was his weaknesses and that's why I'm glad he went to Holland. It was time for him to play man football. 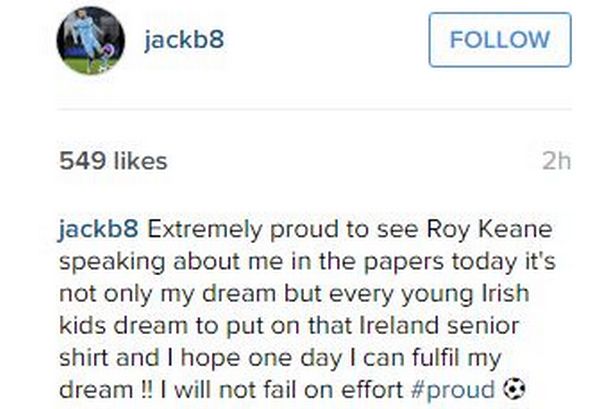 Both Byrne himself and Vieira had noticed Keane's comments on Monday about his international prospects, and Vieira is in completely agreement that Ireland should be keeping a close eye on his development.

I think they are right to keep an eye on Jack. I think Jack got the potential to play in a higher league and if he keeps working the same way he's worked the last six or seven months, he'd have a massive chance.

Byrne isn't the only promising Irish youngster on the books at the Etihad, and Vieira also spoke about goalkeeper Ian Lawlor who featured in several City squads in the Champions League last season, and was called up to the senior international squad before injury.

Ian is coming from back from injury and before thinking about going out on loan he has to get fit, train and play.

See Also: There Was One Ireland U17 Star Who Excited Fans More Than Most