A tribute to Jack Charlton has been created in Ballina.

Big Jack owned a holiday home in the town's Moy Heights estate for more than 20 years. Jack was a passionate fisherman and the River Moy's Ridgepool was one of his favourite spots to cast a line.

A mural of Jack holding a pint of stout now overlooks the Ridgepool. It is fitting that the former Ireland manager, who died earlier this month aged 85, is remembered at a place which brought him so much joy.

The mural was painted by Padhraic Mitchell along with friends Derek, Martin, Philip and many more from the wider Ballina community. 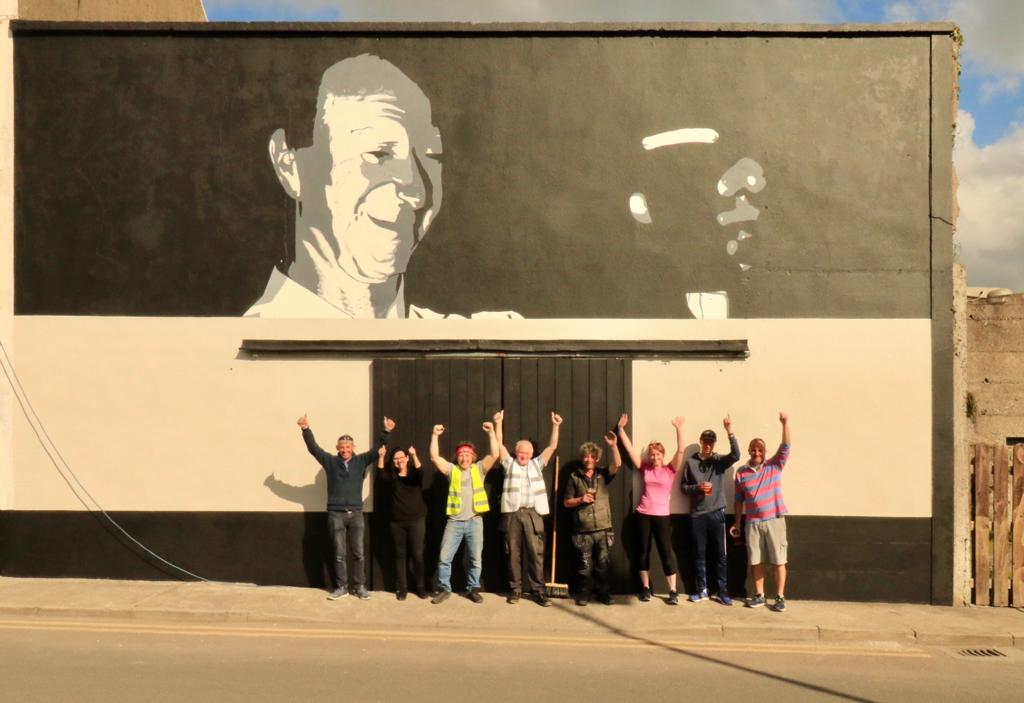 Jack Charlton's funeral takes place in Northumbria on Tuesday. The FAI has called for people around Ireland to wear the green jersey and play Italia 90 anthem 'Put 'Em Under Pressure' at 12:30 to coincide with the conclusion of the funeral.

According to Mayo councillor Mark Duffy, that will be done at the new tribute to Jack in Ballina.