The £100million summer recruit scored a superb goal and created another as City won a thrilling end-to-end Group A opener.

The £100million summer recruit scored a superb goal and created another as City won a thrilling end-to-end Group A opener at the Etihad Stadium on Wednesday.

“Hopefully it can be the first of many,” said City manager Guardiola. “I’ve had the feeling every day he is playing better and I’m pretty sure they will be even better in the future.

PEP 💬 We have an outstanding squad. From day one until now they give me exceptional players with a very good mentality. pic.twitter.com/fY4Mbx4oNN

“His contribution was high and I am delighted for his game.”

Grealish crossed from a corner for Nathan Ake to head in the opener and City doubled their advantage courtesy of a Nordi Mukiele own goal.

Christopher Nkunku began Leipzig’s fightback with the first of a brilliant hat-trick but City always kept the visitors at arm’s length.

Riyad Mahrez added City’s third from the penalty spot and Grealish curled in a fine effort after Nkunku’s second.

Nkunku completed his treble to give Leipzig hope but Joao Cancelo claimed the hosts’ fifth and the sending off of former City defender Angelino all but ended the contest. City substitute Gabriel Jesus wrapped up the scoring late on.

“I’m delighted and happy and thankful for these incredible players,” said Guardiola. “It was a real tough game.

“Leipzig play like all or nothing. They are able to create chances and they attack you so much. You cannot defend spaces inside. It is so difficult and they did well.

“But the first game at home is so important to win. We scored a lot of goals and in the last three games we have scored 16. 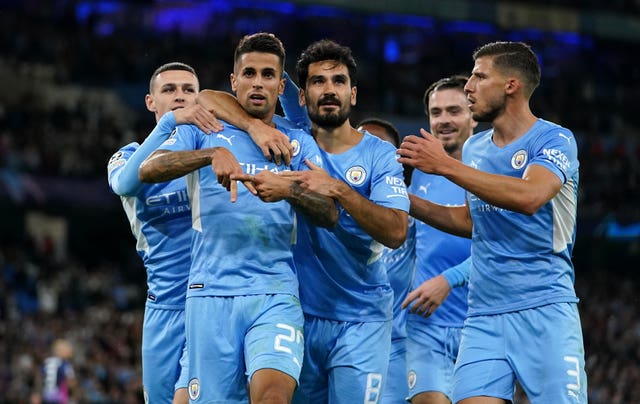 “For the fans that is nice to give them. Now we rest and think of Southampton.”

City did not buy a striker in the summer following the departure of Sergio Aguero but Guardiola would not comment on whether the number of goals being scored vindicated that position.

He said: “The moment we lose and don’t score people will say, ‘Why not buy a striker?’. I know how it is.

“But we have an outstanding squad and I will always be grateful.”

"It was a spectacle tonight - perhaps a little bit too much of a spectacle.
Man City always found the right response to our good periods straight away."

Leipzig coach Jesse Marsch felt his side were cut open too easily.

The American said: “It was a spectacle tonight – perhaps a little bit too much of a spectacle. Man City always found the right response to our good periods straight away.

“We played well in the second half but in the end we weren’t good enough as we conceded too many goals.” 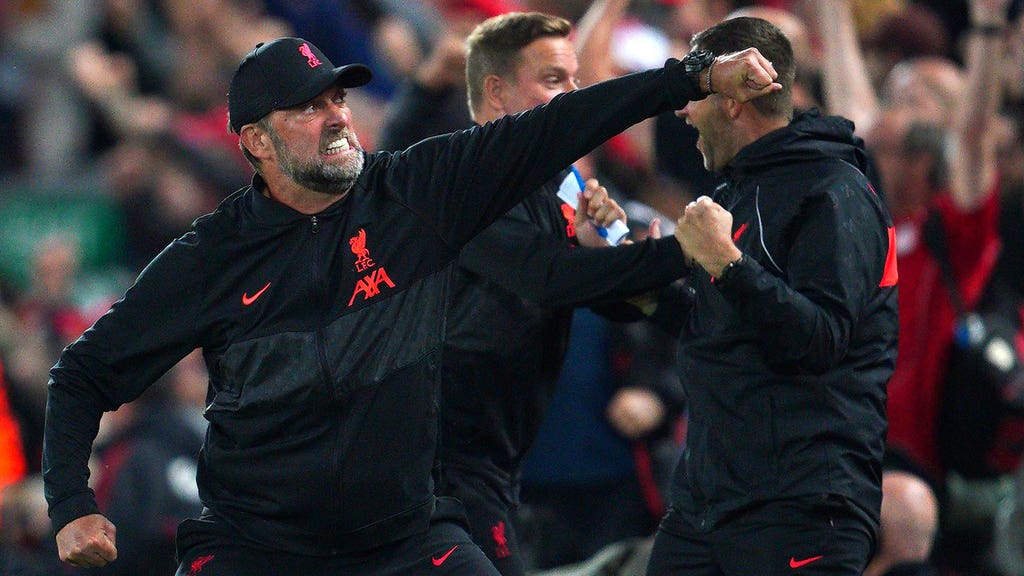