Jack Wilshere has picked his ultimate XI of players that he has played with for both Arsenal and England.

Considering how Wilshere has positioned himself as being a real Arsenal fan - singing songs about how much he hates Spurs is just one recent example of his fandom - some of his choices are a little bit surprising. 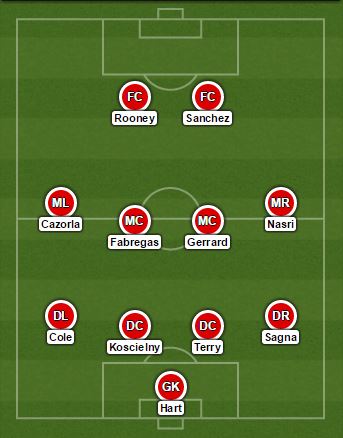