After being linked with a big money move to Manchester United last summer, it looked like Jadon Sancho's head had been turned for much of the first half of the season. The winger couldn't quite find the form that had turned him into a £100million prospect over the last couple of seasons.

However, he has rediscovered his touch since the turn of the year. He has scored five goals and registered five assists since the start of January and looks set to spark another window full of speculation in the coming months.

Sancho's latest effort was a goal and an assist in the 4-0 Revierderby win over Schalke at the weekend, a game that made headlines for this frankly ridiculous goal from Erling Haaland, with the Englishman providing the cross.

It's genuinely sickening how good this guy is already 😬🤮

Both Haaland and Sancho were both speaking to the media after the game, with the most eye-catching aspect of the interview being the latter producing a rather strange accent.

Sancho was born in London and spent some time in Manchester before ending up in Dortmund, but his accent here sounds like someone from the continent speaking in English as their second language.

What has happened to Jadon Sancho’s accent 😭😂😭 pic.twitter.com/bMSPGa7PpO

Of course, this is far from the first time we have seen Englishmen give such interviews.

Steven McClaren is the most famous example, speaking with a Dutch twinge during his time at FC Twente.

Joey Barton also done something similar during his brief spell at Marseille and would respond to the  Sancho clip as you would expect.

Speaking about the incident a number of years later, Barton explained that it came about when he was trying to speak a bit slower to help out his translator.

I started going slowly and nobody's laughing, everybody's nodding, my translator is buzzing off the pace I'm setting, he ain't going "slow down", so I'm like 'I'm nailing this. I'm nailing it.'

I've got no clue I'm speaking like an absolute imbecile at this stage.

I start catching myself, you know, doing hand signals, and being very Gallic with my hands, and I've looked up to see my brother and my mate, and they're gone. They had tears [rolling down their face].

But everybody else in the room was straight-faced looking back at me. So, bear in mind I must be 15 minutes in here, I've answered a load of questions, it's being recorded, and I've had that...

"Oh no. I've just done a Steve McClaren." I had the slow realisation of that, and I said before going out my biggest fear was doing a McClaren interview. 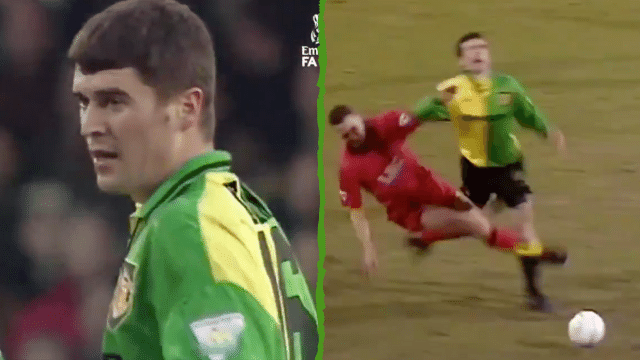