James McClean Is Taking His First Steps Into TV Punditry

Eir Sport have announced that James McClean will be part of their coverage for this Sunday's EA Sports Cup final.

The game will see the meeting of Derry City and Cobh Ramblers, with the Premier League side favourites to overcome their second-tier opponents at their home ground of Brandywell Park.

The Stoke City winger will be tasked with analysing his former team, taking a seat in the studio alongside Pat Fenlon.

We're delighted to announce that we have a very special guest as part of our team for the #EASportsCupFinal.

He has recently undergone surgery for a wrist injury which will keep him sidelined for up to six weeks, allowing him to fit in a trip back to his native Derry to watch the final.

McClean is still closely connected to his former club, regularly contributing to charitable causes in the city. He also famously wore the number five jersey in Ireland's World Cup qualifier against Wales in the Aviva last year in tribute to former Derry City captain Ryan McBride, who tragically passed away only days before the match. 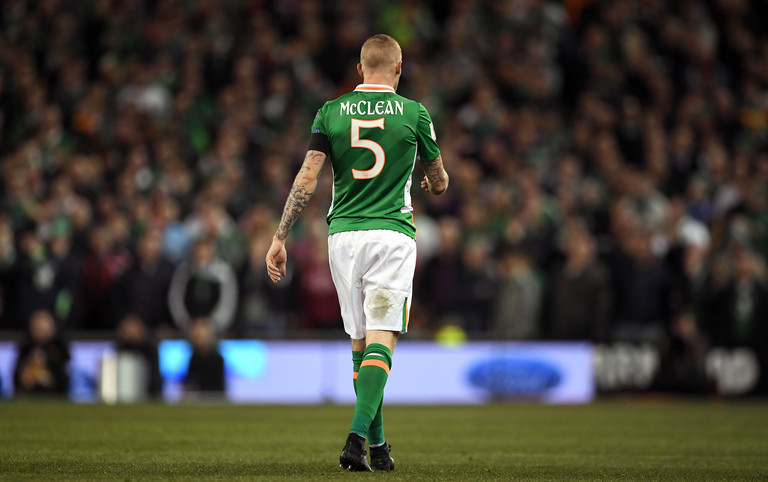 While the player has little experience as a television pundit, he is known for his outspoken nature. Hopefully this can contribute to some box-office television.

With home advantage on their side, Derry City will undoubtedly enter the final as favourites. However Cobh do already have a major scalp to their name in this season's competition.

They defeated Dundalk Town 1-0 in the semi-final, with Christopher Hull's goal fifteen minutes before full-time securing a famous victory for the club. The Cork side have yet to win a top competition in their 97 years of existence, and they will be hoping to bring this run to an end on Sunday.

The hosts will also be without Northern Ireland under-21 striker Ally Roy for the game, as he is cup-tied having played 24 minutes for Sligo Rovers in an earlier round of the tournament.

Eir Sport's coverage of Sunday's final will get underway at 3.30pm, with kick-off at 4pm.