Another year another James McClean poppy explanation. Everyone is now sick and tired of the debate surrounding the Derry man that it's only fair that someone else step in and take one for the team. And that man is Nemanja Matic.

The big Serb is in action today against Bournemouth and eagle eyed fans noticed that the midfielder was not wearing a poppy sticker on his jersey like the rest of the teams.

Nemanja Matic not wearing a poppy Today. All's good though cause he's not Irish pic.twitter.com/5UWIR4kHS5

The poppy is worn in Britain on Remembrance day to commemorate military personnel who have died in war, though McClean has declined to wear the symbol because of what it represents to him as someone who is from Derry:

If the poppy was simply about World War One and Two victims alone, I’d wear it without a problem.

I would wear it every day of the year if that was the thing but it doesn’t, it stands for all the conflicts that Britain has been involved in. Because of the history where I come from in Derry, I cannot wear something that represents that. 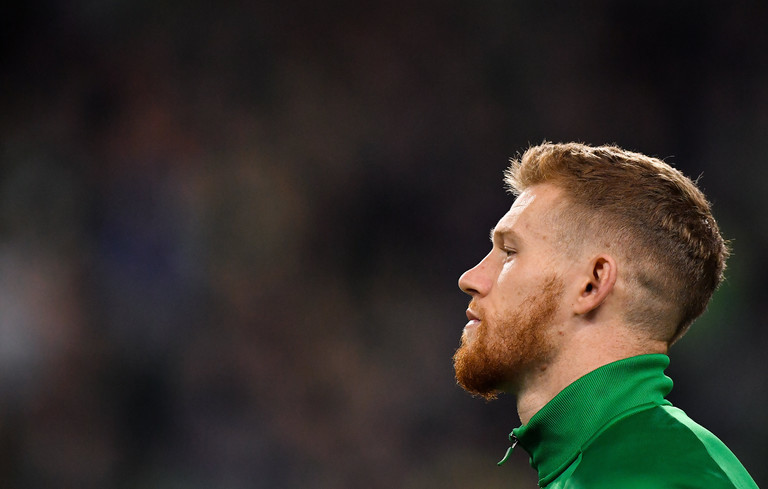 There was no mention of Matic's decision to abstain from wearing a poppy on BT Sport, but on the whole fans were more curious in their assessment of Matic's decision, which marks a stark contrast to the treatment James McClean got when he initially declined to wear a poppy;

@btsport anybody know why Nemanja Matic doesn’t have a poppy on his shirt ?? Is it personal preference #BOUMUN

@IanDarke Why is Matic not wearing a Poppy on his shirt ?

Why hasn't Matic got a Poppy on his shirt?

Why doesn’t matic have a poppy on his shirt? @ManUtd

Granted there were some who were more vociferous in their questioning of Matic, but on the flip side many viewers asked the inevitable question about whether Matic will be viewed with the same disdain as McClean in light of his decision:

Noticed Nemanja Matic is not wearing a poppy here. Which I guess means he will now be given the James McClean treatment every week?

Matic not wearing a poppy. I wonder will British media and fans hound him like James McClean

Nemanja Matic not wearing a poppy. Think he’ll get the same treatment as McClean?? #BOUMUN

So Matic without a poppy, getting zero coverage. Further proof that those wankers who publicise and the hoardes who vilify #McClean and racially abuse him are exactly that. Racist fucking scumbags who don't like an Irishman who doesn't bow down to their version of history.

Matic's decision more than likely comes from the UK's part in a Nato bombing campaign against Serbia in 1999 when Kosovo fought in the Yugoslavian army for independence.

After Serbia was defeated Kosovo declared independence from the country in 2008, though Serbia refuse to recognise their independence, along with several other countries including Russia, China and Spain.

Having said that the 30-year-old did wear the symbol when he faced Chelsea with United back in November of 2017, so it may just be that a mistake was made with the player's jersey.