James McClean is like a new player since his move to Wigan Athletic.

Having previously fallen out with Stoke City manager Michael O'Neill before leaving the club, his form has improved dramatically since joining the League One side.

McClean entered this afternoon's game against Oxford United having registered five goals and four assists this season, a tally he would add to in dramatic fashion.

With his side locked at 2-2 in the final five minutes of the contest, the Irishman would produce a brilliant finish to give his side the lead late on.

What's more, he also gave plenty to the home fans afterwards, having been apparently targeted throughout the game.

You can watch the strike below.

The commentators on BBC Sport Manchester certainly enjoyed it, mentioning that McClean wasn't shy in goading the home fans after the goal.

🗣️ "What a goal from James McClean!"

⚽️ #WAFC leave it late again, as they snatch the three points from Oxford

🥈 The Latics sit in second place going into Christmas

🎧 Listen back to that winning goal, courtesy of @domjdietrich pic.twitter.com/WOX2Jx5nRF

It certainly sounds as though McClean's reaction to the goal was due to his treatment over the course of the 90 minutes.

Wigan are now unbeaten in 12 games in all competitions, with their last lass coming at the end of October. Recent Ireland debutant Will Keane had scored the opener earlier in the contest.

This late goal also helped them maintain their automatic promotion push. The Latics are in second place in the league, two points behind leaders Rotherham United having played a game less.

As for McClean, this type of form should ensure that he remains part of Stephen Kenny's plans as we move into 2022. Despite now being 32-years old, he is playing better at the moment than we have seen in quite some time.

Despite the youth in the Ireland squad, he will have a part to play in the upcoming UEFA Nations League and Euro 2024 qualifying campaigns. 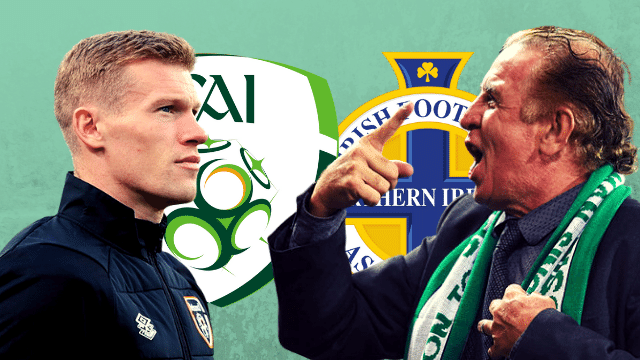