James McClean was sent off in the 83rd minute of Ireland's scoreless Nations League draw with Wales on Sunday afternoon.

McClean picked his first yellow in the 79th minute when he stood on the heel of Wales right-back Connor Roberts. 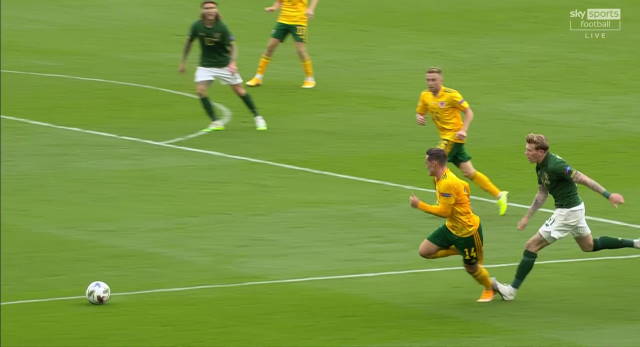 The winger was unlucky to pick up the card as it appeared to be completely accidental. McClean protested as such.

His second yellow card was less unlucky. It was handed out after lunging tackle on Ethan Ampadu.

James McClean is given his marching orders, having been booked moments earlier. Can Wales make the advantage count now?

Football
5 days ago
By Balls Team
'Darren's An Experienced Goalkeeper, But He Doesn't Play Week In, Week Out'
1