James McClean has seen his future at Stoke City plunged into doubt after manager Michael O'Neill confirmed that the Irish international is on the transfer list at the club.

McClean has not played a competitive game for Stoke since April, and that was after a two-month absence.

He played 24 times for the club last season, with 17 starts and seven appearances off the bench.

Last season saw the 32-year-old fail to play 30 league games in a season for the first time since he joined Sunderland ahead of the start of the 2011/12 season.

Speaking at a press conference this afternoon ahead of his side's game against Birmingham City, O'Neill said that McClean is no longer a part of the club's first-team squad.

"James is part of the U23s," the Stoke boss said. "He's available to other clubs but as yet no club has taken up that option as far as I understand."

This revelation comes as no real surprise to those who have been following McClean's last few months at the club.

As recently as last month, the winger was left out of Stoke's pre-season training camp in Northern Ireland.

And the experienced Ireland international also had his original squad number taken off of him to compound the misery.

Last season, McClean was said to have irked his club boss after playing in all three of Ireland's March internationals.

That was of course after he picked up an injury before that. O'Neill claimed that his winger was not ready to return to competitive action at the time.

The Derry native only has a year left to run on his contract at Stoke City, however. And it most certainly does not appear as if it is going to be extended any time soon.

This transfer sage might be one to keep an eye on as the deadline approaches. 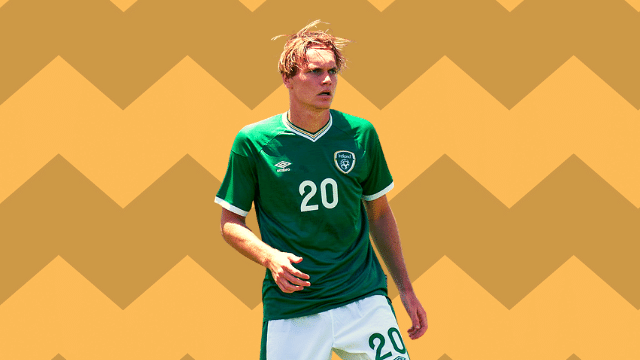 Football
5 months ago
By Andrew Dempsey
James McClean Takes One Last Parting Shot At Stoke City Boss Michael O'Neill
Football
5 months ago
By Andrew Dempsey
With International Return On The Horizon, Ireland's Young Blood Is Coming To The Fore
Football
5 months ago
By Andrew Dempsey
Millwall Manager Refuses To Condemn Fans Who Once Again Booed The Taking Of The Knee
Popular on Balls
GAA
2 days ago
By PJ Browne
Insane Drama As Late TJ Reid Goal Sends Ballyhale Into All-Ireland Final
Rugby
1 day ago
By Colman Stanley
Yesterday Was Not The First Time Wayne Barnes Sent A Player Off For Getting Lippy
Rugby
22 hours ago
By Colman Stanley
Champions Cup Predictions And Permutations For The Irish Provinces
The Rewind
2 days ago
By Jonathan Byrne
The Definitive Ranking: Deli Items Ranked From Best To Worst