Mick McCarthy has possibly been handed a selection headache six weeks out from Ireland's playoff match against Slovakia after Stoke City confirmed this evening that McClean suffered a knee injury last night in their match against Preston.

A statement on their website says McClean is facing 'several weeks on the sideline'. He has suffered a medial ligament knee injury.

McClean posted a photo on his instagram page of his knee in a cast. 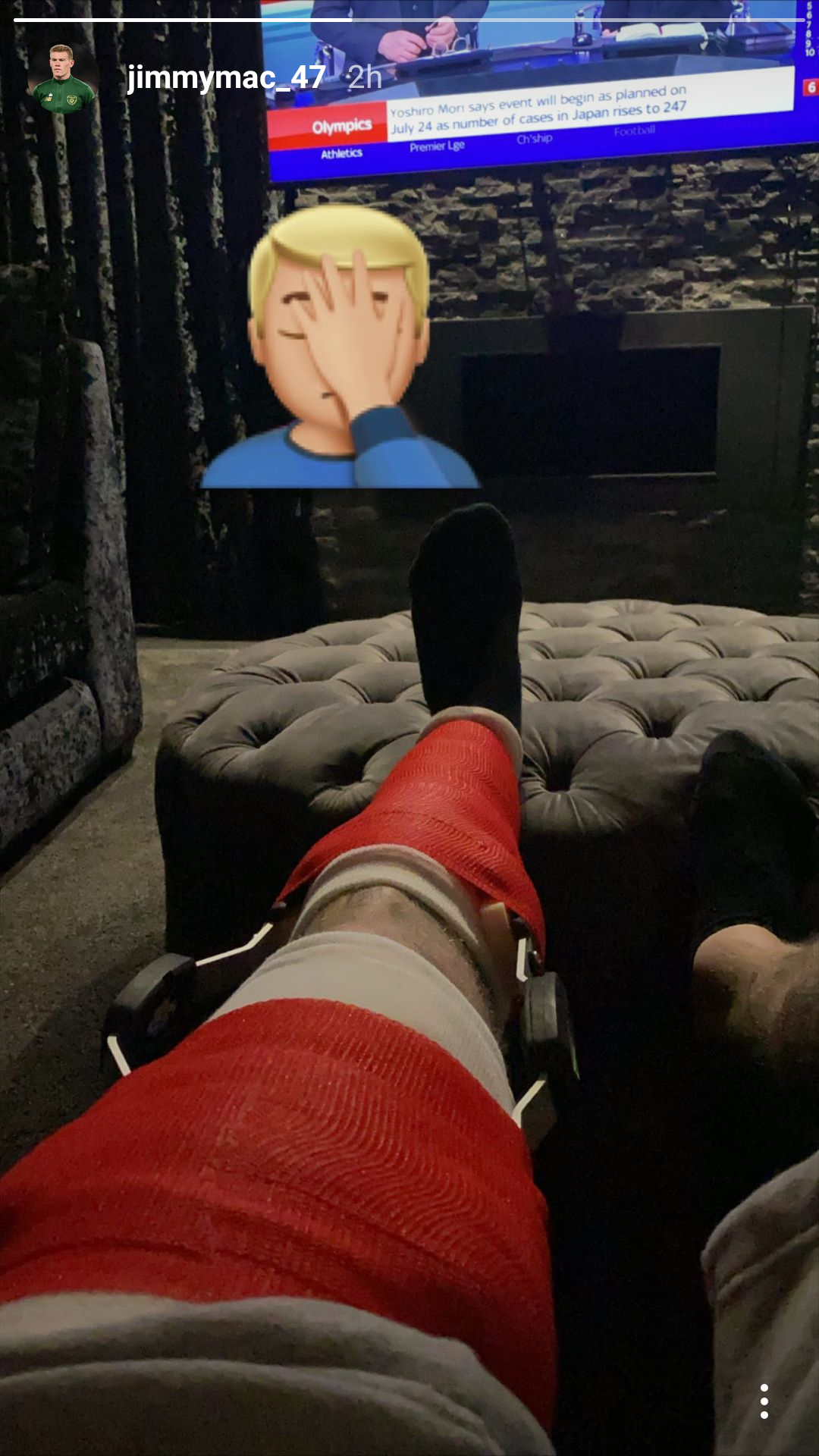 The player has been an ever-present for Mick McCarthy during this qualifying campaign, playing every minute so far. He was expected to start against Slovakia.

McClean's lack of form had resulted in many supporters calling for the player to be dropped from the starting XI, but he had experienced a turn of fortunes in recent weeks.

He has been revitalised under Michael O'Neill, but this will be a big blow to the player. Mick McCarthy is sure to give him every opportunity to prove his fitness, but he now seems in a race against time ahead of the game in Bratislava on March 26th.

SEE ALSO: 'Play Three At The Back, It Makes No Sense' - Jenas Perplexed By Ireland Selection

Football
1 hour ago
By Emmet Bradshaw
Watch: More VAR Madness As Bournemouth Goal Ruled Out For Penalty At Other End
4

Football
1 hour ago
By Emmet Bradshaw
Watch: More VAR Madness As Bournemouth Goal Ruled Out For Penalty At Other End
Football
1 hour ago
By Gary Connaughton
Watch: Enda Stevens Scores An Absolute Thunderbastard Against Brighton
Football
3 hours ago
By Gary Connaughton
Callum Robinson Has Scored The Luckiest Goal You're Likely To See
Popular on Balls
Rugby
21 hours ago
By Dylan Ryan
'The Highlight Of The Game Was Keeping England Out At The End'
8