James McClean gave a reminder of just how good he can be with a brace against Bolton on Saturday - and one of the goals was a belter.

McClean also laid on an assist for Irish teammate Will Keane, as he starred in Wigan's 4-0 win at the University of Bolton Stadium.

Some of the performances of James McClean in an Irish jersey of late have not quite been up to scratch, and he has drawn frustration from many fans. On Saturday afternoon, however, he returned to top form with two goals and an assist.

His first strike was a beauty, as he picked up the ball on the edge of the box and drilled home a superb finish to the corner from distance. It was a vintage McClean strike, and one that will have reminded Irish fans what he is capable of.

It wasn't plain sailing for James McClean in Bolton, though. The Derryman was locked in a war of words with Wigan's local rivals over the summer, after alleging that the club had tried to sign him and that he had refused it. McClean, who played for Wigan in a first spell from 2013 to 2015, said during the summer that there was "never, ever any chance I was going to entertain" signing for Bolton.

The home fans weren't happy with McClean's virtuoso performance on Saturday afternoon, as he was pelted with missiles from the home crowd after his first goal. He responded to the crowd trouble in classic McClean style with a pointed Instagram post on Saturday evening.

McClean's Irish teammate Will Keane also scored and added an assist of his own, on a very successful afternoon for the Irish Latics.

Irish fans will be hoping that the James McClean who showed up against Bolton will be present for November's World Cup qualifiers with Luxembourg and Portugal. 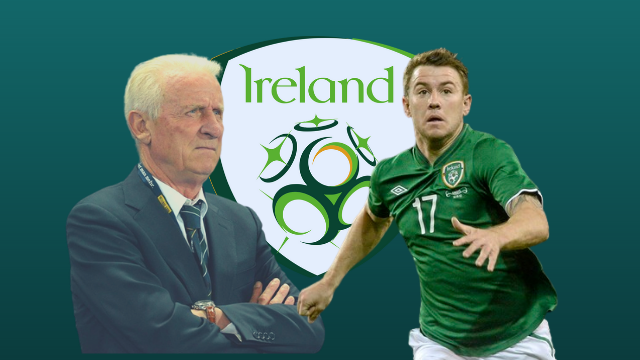 Football
1 month ago
By PJ Browne
Ex-Ireland U21 Praised For Answering Boo Boys 'Correct Way'
Football
1 year ago
By Eoin Harrington
Let's Talk About How Good Eoin Doyle Has Been For The Last Few Years
Football
3 years ago
By Aonghus Ó Maicín
Bolton Wanderers Woes Confirmed As Club Go Into Administration
Popular on Balls
Football
19 hours ago
By Gary Connaughton
Gary Neville Worried About Future Of Burnley After Relegation To Championship
Football
22 hours ago
By Gary Connaughton
Report: Cristiano Ronaldo 'Blocked' Manchester United's Antonio Conte Pursuit
Football
1 day ago
By PJ Browne
McGeady Questions Why He Got So Much Abuse For Choosing Ireland
Football
2 days ago
By Eoin Harrington
Juan Mata Questions Manchester United Management After Dire Season