A number of years ago, BBC presenter Colin Murray has launched a new podcast called At Home With, in which he spends time in the company of a sporting star. The first guest was Jamie Carragher, and the conversation centred around the role his upbringing in Bootle has had upon him, and continues to have.

Carragher's family is frequently mentioned throughout the conversation, with a couple of stories about his father Philly - a legendary figure around Liverpool - peppering the conversation.

One such example was how Philly remains grounded in his community, and to show it, has no problem in passing his son's 2005 Champions League winners' medal around the city. Murray brought it up, and Carragher corroborated:

CM: Yo mention your Dad. A friend of a friend of mine asked your Dad could he bring your Champions League medal into school[in which he taught]. Your Dad said 'Aye, I'll drop it round'. A couple of weeks later, they bump into each other, and my mate says to your Dad, 'Look, sorry to be a hassle, but is there any chance I could get it?'. He said that he had sent it on, 'I posted it through your door'. My friend says, 'You didn't, you didn't'. And your Dad goes 'I did, in a Tesco bag'.

CM: The guy goes home, and on his floor for about two weeks has been sitting a Tesco bag with your Champions League medal in it!

JC: Oh yeah, my Dad would have done that. And it will have been in a Tesco bag, yeah! That's part of where you're from, you trust everyone. 'Ah, it'll be alright, it's only our James' Champions League medal'. That's what he did. He was like that. Taking medals into school for the kids to see. That's the thing I love about where I'm from, there's never any bitterness or jealousy toward you. There's no doubt that he wasn't the only one to get that Tesco bag!

Carragher went on to tell Murray that, if he could only rescue one item from his house were it on fire, he would take his own jersey from that final in Istanbul, along with the shirt on display beside it: Paolo Maldini's. 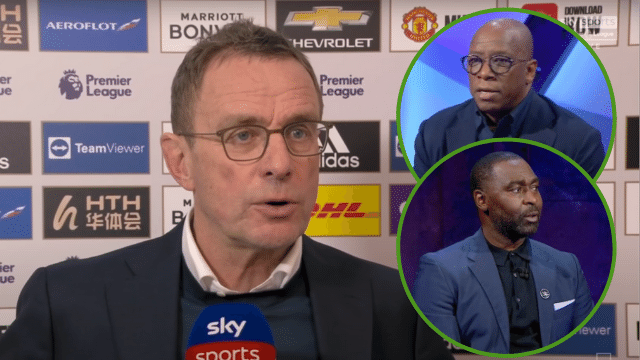