Liverpool's visit to Manchester United on Sunday afternoon looks set to be an intriguing clash. While the form of the teams has differed greatly in recent weeks, such runs can often be disregarded in the buildup to this fixture.

Jurgen Klopp's side have been excellent this season and look to be returning to close to their best from their title winning season. In contrast, United have flattered to deceive despite some decent results to start the campaign.

The clubs may be trending in opposite directions, but few expect Liverpool to ease to victory at the weekend.

Speaking on Sky Sports' Essential Football Podcast, Jamie Carragher said that he feels Liverpool could struggle in this game despite clearly being the better of the two sides.

I could see Man United winning this game. I think certainly on the back of what happened on Wednesday night, the atmosphere will be fantastic, especially at the start of the game.

Man United at home against Liverpool notoriously, going back 10 or 15 years, they've had Liverpool's number in the fixture. Liverpool have found it really difficult to win at Old Trafford and going back a long time, even the great Liverpool teams, it's always been a venue Liverpool have struggled at.

Even in Jurgen Klopp's time, I think he's only won there once so it will always be a tough game for Liverpool no matter what the circumstances are or the quality of Man United.

But there's no doubt that going into the game, Liverpool are a better team. They've proven that over the last few years and at the start of this season and if Liverpool play well, that could be enough to win.

But even if they do win this game, it will be very tight. Man United have got great players, they're at home with a great atmosphere against a club who notoriously don't do well in this venue.

The Champions League exploits from these teams in midweek also adds an extra layer of intrigue for this fixture.

Manchester United completed a dramatic comeback in midweek to beat Atalanta 3-2 at Old Trafford, while Liverpool would run out winners at Atletico Madrid on the same scoreline. However, the circumstances surrounding each victory were very different.

Despite the fact that they struggled in patches against the Italian side, Carragher feels that United's comeback could give them a big momentum boost ahead of the visit of their big rivals. As for Liverpool, he feels this is a game they should be looking to win if they have real title ambitions this season.

In some ways, they may feel better than Liverpool, if you're 2-0 up and opposition come back to 2-2 and then win 3-2, there's almost relief that you never threw it away. But with Man United, maybe it's a different feeling slightly.

Obviously there's a different level of opposition, going away to Atletico Madrid is a much tougher proposition than Atalanta at home in the Champions League.

But I think there will be a great buzz about Man United going into the game with the crowd. I think in the opening 10 or 15 minutes, you'll see that from Man United. They'll want to take that and make a good start in the game...

If Liverpool want to win the league, they'll have to start winning games against the other so-called 'big six' or 'top four'. This is their third opportunity so I think it would be a really big statement if Liverpool could go to Old Trafford and win for that reason.

Whether last season gives the Liverpool players that bit of confidence to go to Old Trafford, but for me, it's a completely different proposition and Liverpool have found it difficult historically really.

It should be a hugely interesting clash on Sunday afternoon. 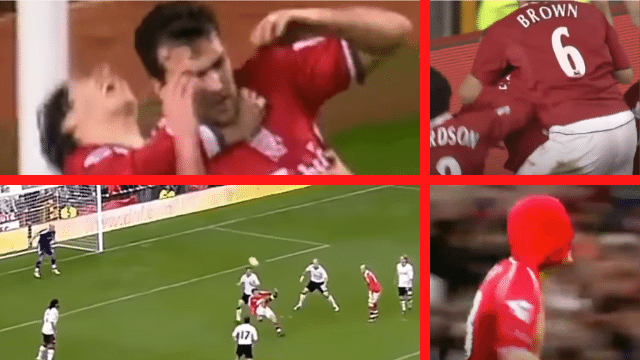