Jamie Carragher is on the warpath against two of his fellow Sky Sports pundits for what he sees as unfair support of Manchester United manager Ole Gunnar Solskjaer.

Carragher appeared on Tony Bellew's BBC podcast this week, and he was not happy with Gary Neville and Roy Keane's attitudes towards Solskjaer.

Ex-Liverpool player Jamie Carragher appeared on this week's episode of Tony Bellew Is Angry, and he had some choice words to say about former Man United players and their support of Ole Gunnar Solskjaer in the media.

Roy Keane and Gary Neville both played with Solskjaer for a decade at Old Trafford, and all three were members of the famous 1999 treble-winning team. Since Solskjaer took the managerial job at Old Trafford on a permanent basis in 2019, his two former teammates have been two of his loudest supporters in the media.

On the Tony Bellew podcast, Jamie Carragher made his feelings clear on the pair when asked the simple question of what had made him angry recently.

He's permanently making excuses for his mate Ole, isn't he? I've done a newspaper column, I was with Gary Neville a few days before - we were doing this YouTube chat about the season with Roy Keane. The two of them are just making excuses for Ole because he's played with them and he's their mate.

They're sort of saying 'he can't win the league, they still lack this, they still need that, the Glazers aren't putting in enough money, they should be going for Harry Kane.'

It's just wound me up. I just went 'that is it!' and I did my newspaper column on it. Ole wasn't too happy with the column but I said, 'the excuses have gotta stop with Manchester United.' I'm sick of it. Every player's over 50 million!

Jamie Carragher's comments don't come in a vacuum - Solskjaer is very much so feeling the pressure at Man United this season.

Despite signing the legendary Cristiano Ronaldo, as well as World Cup winner Raphael Varane and the up-and-coming Jadon Sancho over the summer, Solskjaer has struggled to break down the likes of Young Boys, West Ham, and Aston Villa so far this season.

As he faces into a very tough run of fixtures, including a trip to Man City and the visit of Liverpool, Ole Gunnar Solskjaer will likely be feeling the heat at Old Trafford and, if his former teammates Keane and Neville turn on him, he will have few friends in the media to call on.

SEE ALSO: Why There Should Be A Full Aviva Stadium For The Portuguese Welcome 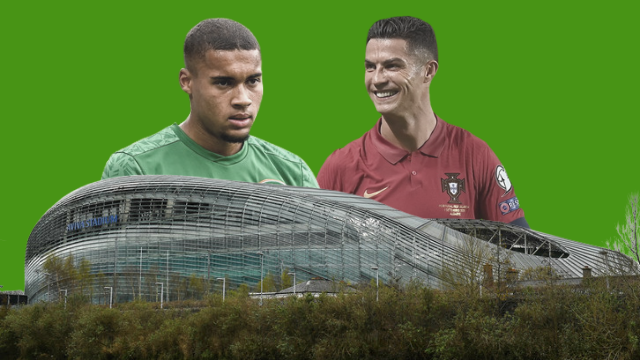