Antonio Conte will improve Spurs, but if it wasn't already obvious enough, last night's defeat to Slovenian side Mura served a timely reminder that the process will take time.

While it was not a first choice XI, a defeat to the lowest ranked side in the competition is not acceptable for a team of their standing.

Very few expected Mura to get anything in the game, with many billing it as a potential morale building exercise for the Premier League club. The reality was far different, with Spurs conceding a 94th minute winner having had a man sent off just after the half hour mark.

Quite a few people have been left with egg on their face as a result, with Jamie O'Hara chief amongst them.

The former Spurs midfielder appeared on Sky Sports ahead of the game, saying he expected his old side to rack up the goals in Slovenia.

O'Hara said the fixture would be 'a walk in the park' for Spurs, that he expected to see 'four or five goals' and that it would be 'a breeze'.

It didn't exactly work out like that, with some rather hilarious scenes on Sky Sports as a result.

🗣 "They shouldn't wear a Spurs shirt again in my opinion."

A rollercoaster of an evening for Jamie O'Hara as #THFC are beaten by the lowest-ranked team in the Europa Conference League 🤯 pic.twitter.com/IJIJeOdqva

Speaking after the final whistle, he said many of the players in that team should never play for the club again.

These are a Slovenian top flight side, I'd expect a National League side to give these a game. It has been a disgrace.

Some of these players, and I'll name them as well - [Matt] Doherty, [Tanguy] Ndombele, Dele Alli, Davinson Sanchez - were absolutely shocking and should be ashamed of their performance.

They shouldn't wear a Spurs shirt again in my opinion. These players are strolling around the park, like they're dismissing this game and are too good to play in in.

It's an absolute disgrace from some of them.

We don't have to explain the irony of O'Hara of complaining that the players were 'strolling around the park' after he himself said it would be a 'walk in the park' for Spurs.

He probably shouldn't completely sides from the continent out of hand moving forward.

SEE ALSO: Hargreaves Thinks United Are Overlooking The Obvious Candidate For Next Manager 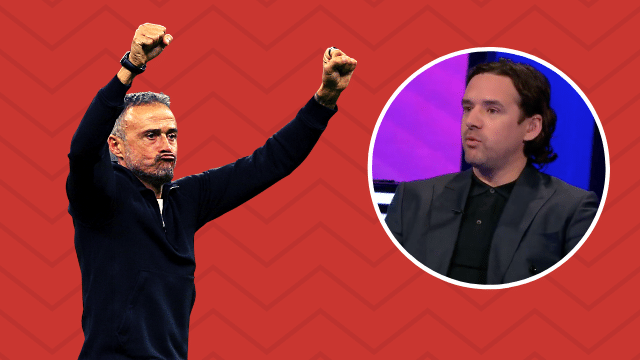