Manchester United seem determined to make a splash in the transfer market this summer.

They managed to get the deal for Jadon Sancho wrapped up early, with only paperwork left to sort out before his arrival.

They are also in the process of negotiating a deal for Real Madrid defender Raphael Varane, with the Frenchman thought to be keen on the move.

Manchester United are in direct contact with Real Madrid for Raphaël Varane since one week. Varane wants a Premier League experience but he’ll be respectful. He’s not breaking his relationship with Real. 🔴 #MUFC

It’s up to the two clubs to reach an agreement. Talks on.

That would be an excellent signing for United, one that could potentially solve some of their issues at the back.

Varane is a player with a huge amount of top level experience, with his abilities on and off the ball something that would improve any defence.

However, Jamie O'Hara sees one potential issue. Speaking on Talksport, he said that a pairing of Varane and Harry Maguire could be badly exposed for pace.

This is despite the fact that Varane is generally regarded as one of the fastest centre backs in world football. Here's what he had to say.

🤔 “Every’s making out he’s the best CB in the world, so why’s he leaving Real?”

😬 “Varane and Maguire would be top class, but I’d worry about pace.”@MrJamieOHara1 says Varane would be a big step in the right direction for #MUFC, but he does have concerns. pic.twitter.com/Fk0nyHV6qa

My question was why is he leaving Real Madrid if everyone is making out he is the best centre back in the world? A lot of people say he fell out with the manager and thought it was time to move on.

(United) do need a centre half and if they do get him, it definitely improves the team massively. It would be a top signing for Manchester United and it's a position they do need to improve...

It's world class, Varane and Maguire. I would worry a little bit potentially about pace with them both.

I've seen Varane get torn apart by Chelsea in the Champions League last season. Pace I think would be something that teams would try and exploit against them two.

If you look at Liverpool, when van Dijk and Gomez is fit, they have pace and can get out of trouble. United could lack in that area.

We would like to say we are surprised that O'Hara has based his entire impression of Varane on one game against a Premier League team, but we're really not.

Republic of Ireland international Jack Byrne was amongst those perplexed by this opinion.

I’d worry about pace heard it all now 😂😂😂 verane is absolutely rapid end of story . Leaving real to go to to united and he’s talking like he’s finished 🤯 https://t.co/r6fq1p3wrn

Just in case you still weren't convinced, here's a four minute video exclusively of Varane using his pace to chase down opposition attackers.

SEE ALSO: 15 Times When The Sponsor On A Football Jersey Just Worked 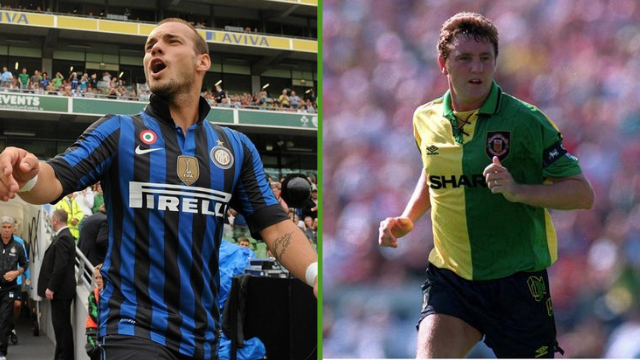