It has been suggested that Ole Gunnar Solskjaer has been given the next three games to save his job, but what difference would those fixtures really make in determining if he is the right man for Manchester United?

While the club's hierarchy may be reluctant to make a change, the fact that they were not prepared for that eventuality tells you all you need to know about the way they have been running United in recent years.

Most observers could see long ago that Solskjaer was not a long-term solution to return the club to its former glories. Of course there was a sense of romanticism in hoping he could do so, but it never seemed likely.

He just doesn't seem to have the tactical nous or personality to compete with the likes of Pepe Guardiola or Jurgen Klopp. Some feel that this is now rubbing off on the players.

Are United's players getting behind Ole Gunnar Solskjaer?

Speaking on Sky Sports' The Essesntial Football podcast, Jamie Redknapp said that Ole Gunnar Solskjaer's lack of ruthlessness is now catching up with the team on the pitch.

The players are playing too individually, not collectively, and I do think that comes down a lot to the manager.

It's a situation right now at Man Utd where players look like they're not taking information on board, and it certainly isn't working. I know there's talk about giving Ole more time but I don't know how you can say 'we're going to give a manager until the end of the season' when right now you can see everything is unravelling.

I've been in dressing rooms before when things aren't working for the manager and that's what it looks like to me. It looks like that dressing room, in the kindest way, it feels like it would be a bit of a holiday camp. I can't imagine Solskjaer is going in there pointing his finger telling players what they've got to do.

Everything just seems too nice. Players are getting away with things and that's a recipe for disaster in football.

The decision from main part of Manchester United board is now confirmed/approved. My understanding is Ole Gunnar Solskjær will definitely be in charge for Tottenham game on Saturday 🔴 #MUFC

Ferguson supported him. Ole also spoke to players today. Next games will be crucial. pic.twitter.com/rx7TrnMw5K

Such offences would not be tolerated at Manchester City or Liverpool. Both Guardiola and Klopp have shown that they will quickly move on players who do not completely buy into their philosophy. Of course, you could also argue that there is no 'Ole Gunnar Solskjaer philosophy' for the players at Old Trafford to get behind.

Regardless, there does seem to be a general lack of effort on show at times. While United were tactically torn to shreds by Liverpool last weekend, they were also outworked. That is a recipe for disaster when you are playing a side that is also more talented.

Once again, Redknapp believes that Solskjaer is the one that must accept responsibility for this shortcoming.

The players weren't getting close enough, they weren't winning individual battles. There was a lack of discipline with what Paul Pogba did.

Liverpool's players run through brick walls. They will do everything; they chase, they harry...

I can't say I've ever been sold on Solskjaer as the United manager if I'm brutally honest. He's done an OK job but we're talking about Man Utd. You want the best person in charge of your club and I don't think Ole is that man. I've got a load of respect for him but you want the best.

United want to win titles but players have to respect the manager, and when you look at who he's up against and how he got the job in the first place… you have to have the best and I don't believe he's the right man to take this club forward.

With the problems so deeply ingrained at the club, it is highly doubtful that a win over Spurs tomorrow would do much to reverse the slide United have experienced under Ole Gunnar Solskjaer. 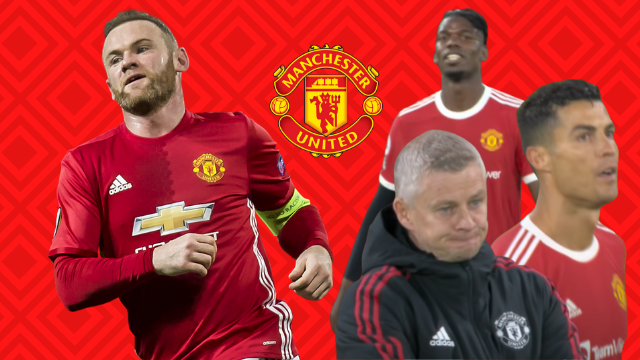