Something is happening in Irish football.

Of course there are many problems still to be solved, but the mood around the sport in this country seems to have lifted massively over the past 12 months or so. Most of that has to do with the success of our underage international sides.

The summer of 2019 saw success achieved by the U17 and U19 teams at European Championships, as well as the U21 side in the Toulon Tournament. Under the tutelage of Stephen Kenny, that U21 team has gone on to capture the heart of the nation during the intervening months.

All in all, 2019 was probably the best year for underage Irish football in quite some time. With Stephen Kenny now graduating to the senior job, that optimism has reached the highest level.

The future of Irish football looks fairly bright on the pitch. Of course, none of this is an accident.

After lagging behind the rest of the world in terms of youth development for far too long, in recent years structures have been put in place that will allow Ireland to compete on a consistent basis. The introduction of the National Development Leagues at U13, U15, U17, and U19 level was a huge stride forward, offering a national underage league in this country for the first time.

In a bygone era, the best players from around the country were faced with a difficult decision. They could stay with local teams and risk not being exposed to top competition on a consistent basis, or they could go and play in the Dublin Schoolboy League, the top league in the country at that time.

Now, players will not longer because of where they were born.

Speaking to Balls, Ireland U15 head coach Jason Donohue said this has been a huge boost for player development, especially for those based outside of Dublin:

Outside of Dublin now we have a lot of players in the likes of Sligo, Mayo, and Cork that are training together more often. Plus I can go and watch them play in higher level games.

If you put the best players together in a training environment, naturally they are going to progress. Then if you add the games they get in the national league and how competitive they are, most of the players are improving each day they play a game...

It’s a national league, not just a Dublin league or Cork league where your best players are in the top three or four teams. Now the best players around the country are coming together and playing against each other more often, which was needed. 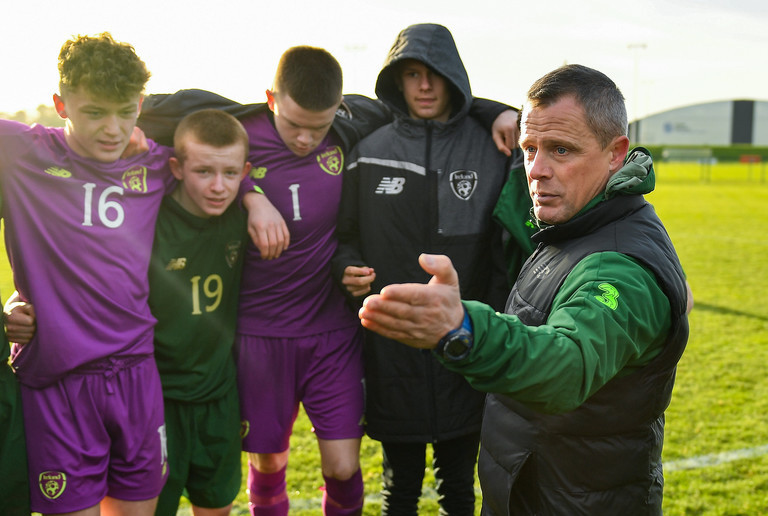 Donohue's squad is unique in comparison to most other underage Irish squads. The age of the players involved ensures that almost all of them are based in Ireland, with only a couple of exceptions in recent times.

One comes in the form of Rocco Vata, the son of former Albania and Celtic player Rudi, who was born in Scotland and qualifies via his grandparents. The other is Caden McLoughlin, who's mother hails from Finglas. He has lived in Spain from a young age and currently plays for Malaga.

Getting those players onboard can come around in a couple of different ways.

The FAI have a scouting network in place, used to identify young players based overseas that are eligible to play for Ireland. Often times, as was the case for Caden McLoughlin, the player's agent will also make their interest in playing for Ireland known to the FAI.

Of course, players holding dual nationalities have caused a debate in this country in recent times. The cases of Declan Rice, Jack Grealish, and others are still fresh in the mind of Irish supporters, players who were nurtured by our youth system only to opt to play elsewhere when they reach adulthood.

There is little to be done to stop such decisions, but Donohue says we must put our best foot forward in order to showcase what we can offer players.

When they come into us they come down and they are part of the squad. They’re young kids, the parents might have decisions to make as they get a little bit older. It’s important we show them what we do in our country, the standard of our players...

As they get older, if they change their mind or go down a different path, maybe their father’s or mother’s country, there’s not much we can do about that at that time. We’ve just got to make sure that we do our job correctly over here so that they don’t want to go anywhere else.

There is also no shortage of talented players being produced within the country. The most prominent example is Troy Parrott, a player many expect to have a massive future in the game.

Donohue coached the Dubliner at U15 level. Did he know even than that Parrott was a special talent? 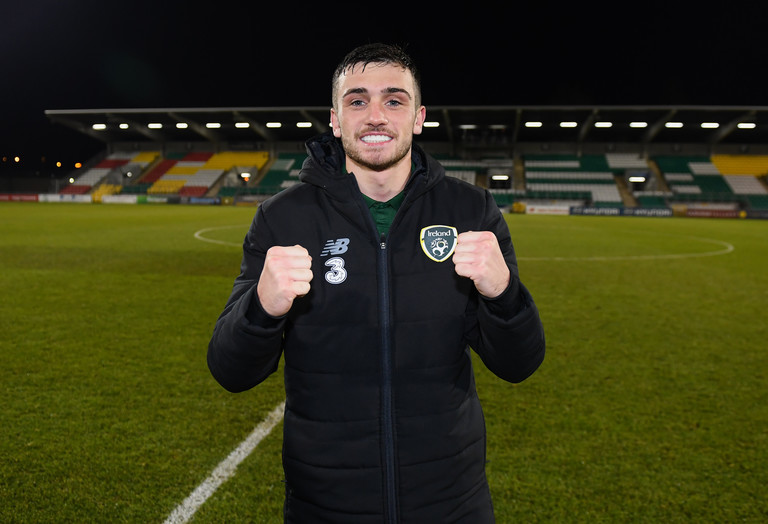 The answer is yes.

He had a standout skill, his attitude and character was very strong, his will to win, his physical capacity as well. For example, we played Holland and he could play two games in three days no problem for him...

I’d like to think we’re all playing a part. Belvedere done a great job when he was really young, he progressed and went over to Tottenham, all of the coaches in the youth international setup as well.

I think collectively everyone that came together would have offered one or two little snippets of information that hopefully has improved him and gotten him to where he is now today.

It’s up to him, he had the will to win and you could see he was destined for good things.

The structure that is currently in place allows the likes of Parrott to develop at a rapid rate.

All Irish underage teams employ the same style of possession based football, with players at every position in those teams fulfilling a similar role. That allows for an easier pathway for players through the age groups, with debutants immediately aware of what will be expected of them once they make their way into the squad.

The best example of this came last summer, when Andrew Omobamidele, Joe Hodge, and Matt Everitt were included in both the U17 and U19 European Championship squads.

These structures have been in place for a number of years, but they have been been heightened to the nth degree since Stephen Kenny joined the international setup.

He is in constant contact with coaches from all ages constantly, with Jason Donohue that everyone 'is now on the saw wavelength' since the former Dundalk manager came on board. 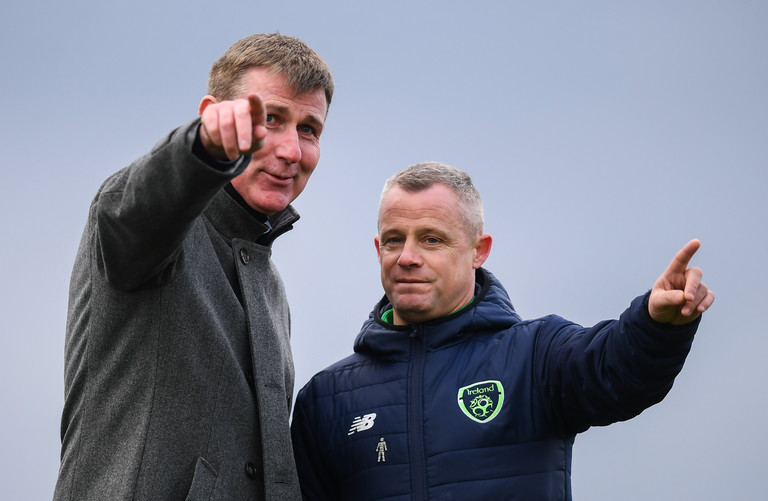 He does everything he can to help ensure the future of Irish football is as bright as it can be and the U15s coach is hugely excited to see what Kenny can achieve in the top job:

I have to say that when we’re in the meetings he is a breath of fresh air.

His positivity is so strong around all the managers, his style of play and what he wants to do, his pride in being Irish and getting the job is immense. I’m just looking forward to seeing his first game, seeing his training camps.

We’re invited into the training camps to watch them train, he’s so good in terms of all that. There’s no secrets and all the managers work together.

I just can’t wait for it to be honest. I’m just hoping we can get games in a packed Aviva Stadium to start with.

Republic of Ireland Under-15 Head Coach Jason Donohue, along with assistant coaches Will Doyle & Sean St Ledger, will be on a FAI Coach Education webinar on tactical analysis of the opposition. The webinar is available on the FAI TV YouTube channel now.