Who could have predicted that Manchester United would be sitting at the top of the Premier League table in mid-January?

The team had a fairly inconspicuous start to the season, with manager Ole Gunnar Solskjaer's job even coming under pressure on a couple of occasions. Despite early stumbles and an exit from the Champions League, they have rallied to pull out some impressive results in the league in recent weeks.

That has coincided with Liverpool's struggle for form, meaning United have suddenly rose to the top of the pile.

Can they stay there? There is still a long way to go this season, with the 17 games played up to this point in the campaign less than we would normally see at this time in January.

Their game against Liverpool this weekend could go a long way to establishing their title credentials. Three points at Anfield would certainly be a massive statement of intent.

However, some believe that they will not last at the summit of the division.

As far as Manchester United sitting top of the table, I do think it's a false position.

Burnley gave them a tough game but they came through it and showed a bit of resilience. There is a bit of team spirit coming at Manchester United.

But Ole hasn't dealt with what other teams have dealt with, in terms of a lot of injuries this season. He's had a lot of players to pick from...

Come the end of the season, I think Liverpool and Manchester City will be fighting it out. I think Manchester United will drop off.

When you look at their results, when they have played the likes of RB Leipzig, Paris Saint-Germain, Manchester City and Arsenal, they haven't come through those games.

It just tells me, when the big occasion comes, can Manchester United actually do it?

Liverpool will certainly be hoping to bring a halt to United's momentum on Sunday. Spurs arrived to Anfield under similar circumstances in December, but a defeat in that game has seemingly torpedoed their form.

Their fans would be delighted if something similar happened in this game, although United supporters will have a sense of confidence going into the game despite not beating their Merseyside rivals in the league in almost three years.

SEE ALSO: A Host Of European Giants Are Lining Up For Free Agent David Alaba 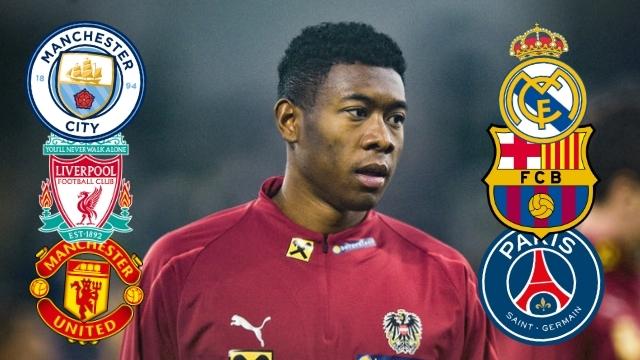 Football
8 months ago
By Balls Team
11 Of The Most Memorable On-Pitch Conversations In Sporting History
Football
8 months ago
By Eoin Harrington
The Best Of Your Memories From Ireland's Famous Win Over The Netherlands In 2001
Football
2 years ago
By Maurice Brosnan
Jason McAteer Bites Back At Roy Keane's Controversial Comments
Popular on Balls
Golf
3 days ago
By Gary Connaughton
Padraig Harrington Glad He Didn't Have To 'Make A Decision' On Saudi Golf League
Rugby
1 day ago
By PJ Browne
The Last Munster Team To Win Silverware: Where Are They Now?
Football
4 days ago
By Gary Connaughton
Darron Gibson Was Often Mocked By United Teammates Over Bobby Charlton Advice
Football
1 day ago
By Gary Connaughton
Paul Merson Feels Liverpool's Season Can't Be A Success If They Don't Win The League