Jeff Hendrick Gets Straight Red Card During Watford Vs Burnley

The Ireland international was sent-off for a tackle on Watford's Jose Holebas.

It was the beginning of a bad few minutes for Burnley, as Troy Deeney gave Watford the lead just four minutes later.

Definite red card. Really, really cowardly challenge. No intention of playing the ball and he'll be disappointed with that Hendrick.

Cowardly is certainly and incendiary and debatable description of the tackle. Though, there's little doubt that it was not good.

Trevor Sinclair was not impressed with Jeff Hendrick's challenge. #bbcfootball

Here's a frame by frame look at the tackle. 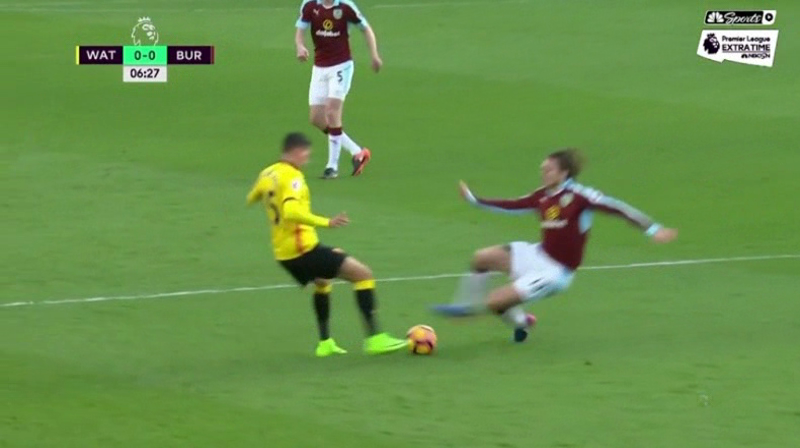 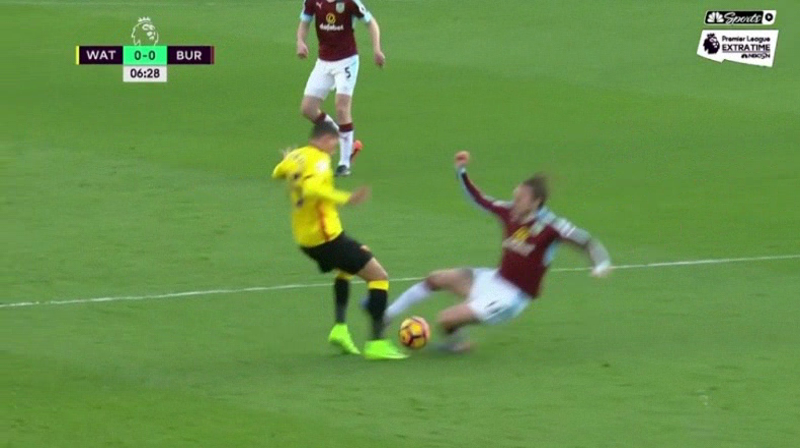 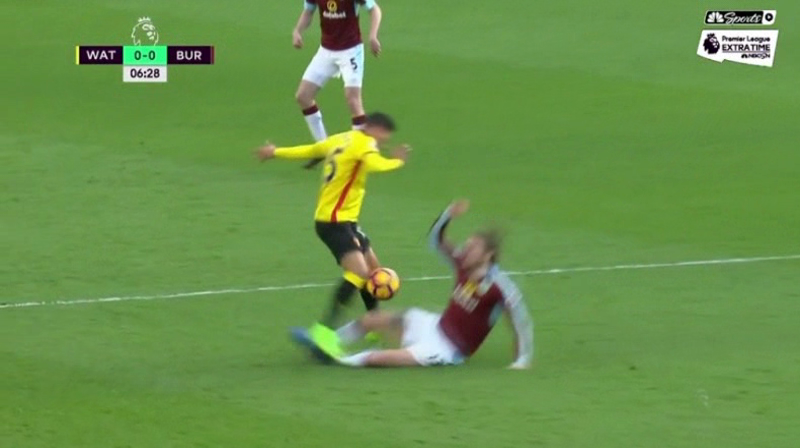 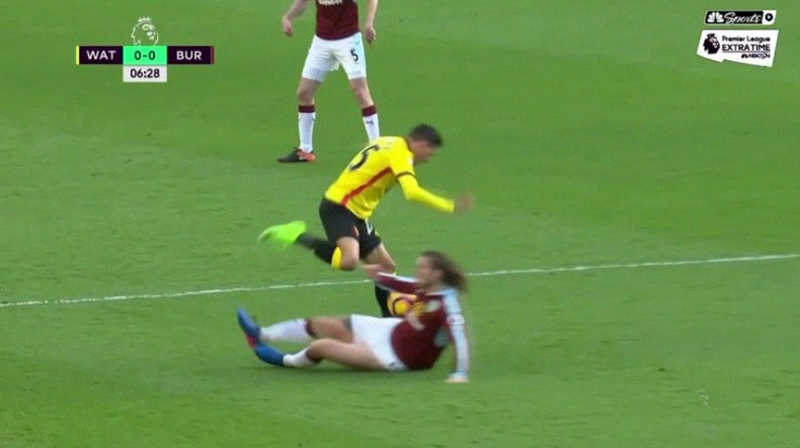 Here's the reverse angle of the tackle. 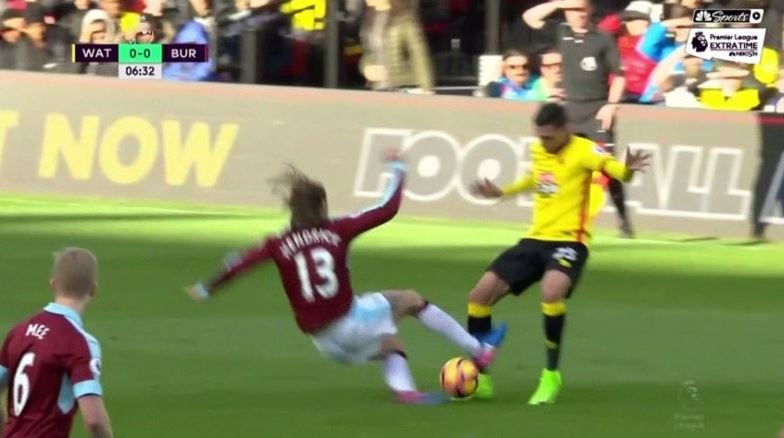