Jeff Hendrick has had a difficult time as of late. Having started his Newcastle career in emphatic fashion with a debut goal, the Irish midfielder has struggled to find any sort of form in recent months.

He has largely continued to be selected in the starting XI, although he won't be available for their next fixture after receiving a silly red card in this afternoon's dramatic 3-2 win over Southampton.

Newcastle took an early lead in the game, with goals from Jospeh Willock and Miguel Almiron giving them a 2-0 goal advantage before the half hour mark.

Takumi Minamino would get his first goal since joining Southampton on loan a few minutes later, but a second from Almiron in first half additional time meant the score was 3-1 at the interval.

Jeff Hendrick would receive a yellow card early on in the game, but he would be given his marching orders after a second bookable offence just moments after James Ward Prowse got Southampton back to within a one.

It was a needless booking, with the Irishman electing to pull back Minamino despite the fact that he had already been booked and the Japan international was 60 yards from the Newcastle goal.

You can watch the incident at 2:30 in the video below.

While Newcastle would just about hang on for the victory, this sending off is unlikely to have earned Hendrick any favours amongst the club's supporters.

Many were already questioning his place in the team before this game, with this red card only exasperating them further.

Honestly- I don’t want to see Jeff hendrick in a Newcastle shirt again.

Jeff Hendrick might be the worst regular player in the Premier League and it's not his fault that Bruce keeps playing him but holy cow what a stupid second yellow. I texted @JPW_NBCSports that #NEWSOU might end 6-5 and who knows now? 3-2 with 40 mins left and NUFC down a man

Unbelievable 3 points 👏 Joe Willock man of the match for me. Jeff Hendrick shouldn't be seen on the pitch for a long time. The main thing he should offer us is experience and he does that! Brain dead. Great 3 points though #nufc @nufc

Hendrick will now be suspended for Newcastle's next game, although a small break may be no bad thing at this point. 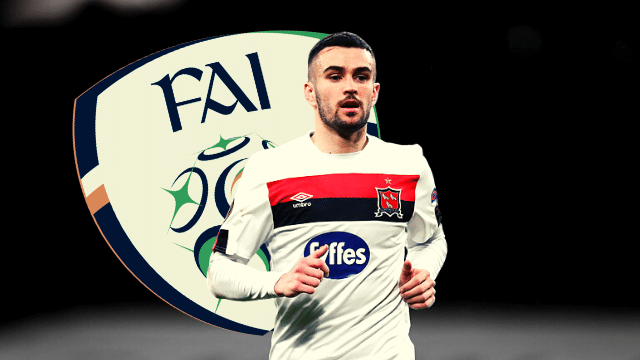 Football
1 month ago
By Jonathan Byrne
Has Jeff Hendrick Finally Found The Right Manager After Five Years?
Football
1 month ago
By Gary Connaughton
Stephen Kenny Sums Up How Much Jeff Hendrick Has Improved For Ireland
Football
2 months ago
By Andrew Dempsey
Jeff Hendrick Eyes Many More Years In Ireland Jersey
Popular on Balls
Football
14 hours ago
By Jonathan Browne
Reports: Solskjaer's Coaching Staff To Stay On At Old Trafford As Rangnick Appointment Confirmed
Snooker
16 hours ago
By PJ Browne
Selby Crashes Out Of UK Championship On Dramatic Respotted Black
Snooker
1 day ago
By PJ Browne
Shaun Murphy Apologises Over Timing Of 'Amateur' Comments
33