Harry Redknapp is a manager from a bygone era. There are certainly not many like him involved in the modern game, although his methods did bring plenty of success for a long period of time.

Some of that included recruiting players he knew well to the various clubs he was in charge of. There was always the joke about Nico Krancjar following Redknapp from club to club, with Jermain Defoe also part of that exclusive group.

Speaking on Jamie Carragher's The Greatest Game podcast, Defoe explained that Redknapp always badgered him to join whatever club he was at during that time. That includes Portsmouth, where Redknapp decided that the striker didn't need to have a medical before signing.

Any time my phone used to ring and it was a private number, I knew it was Harry. When I went to Toronto and he was at QPR, I got a phone call then saying 'do you want to come back?'

Any club he went to he would try to get me. It was weird.

I remember when I signed for Portsmouth, I didn't do a medical. It happened so last minute...

When Harry called me, the deal was done in five minutes. He said 'what you want', I said four years, he said 'no problem, you can come'.

I asked what did I not have to do a medical, and he was like 'nah, forget the medical'.

I got to to Fratton Park, asked about the medical. The physio took me on the massage table, stretched my hamstrings, and I signed!

He said 'I know you're fit J, just come and score goals'. That was it.

The two would experience plenty of success at Portsmouth, linking up at Spurs soon after.

This period would see Redknapp encourage Defoe to bunk off his injury rehab in order to go on holiday to Dubai.

A lot of the time the physios and doctors want you around.

I remember walking in and Harry said 'what are you doing here, get yourself to Dubai for ten day, get away with the family and rest'.

I went to Dubai and had the doctors and physios phoning me asking me if I was coming in. I just said 'the gaffer told me to go to Dubai'.

The way he used to deal with players was completely different. 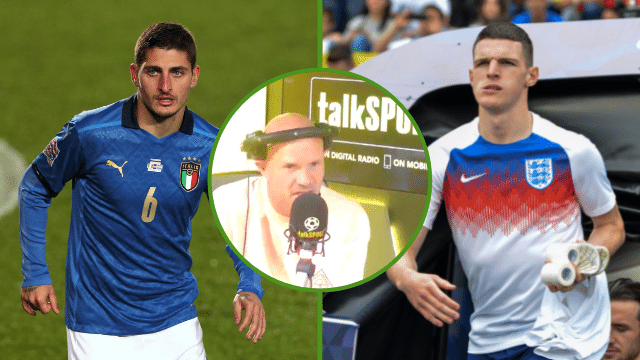