The appointment of Rafa Benitez as Everton manager has caused plenty of debate amongst the club's fan base. It's fair to say many were not happy to see a man so closely associated with Liverpool get the job, especially one who had made questionable comments about the club in the past.

You could also question his recent track record in management. While Benitez is a steady figure, he has hardly lit it up at Real Madrid, Newcastle, or Dalian Professional in his last three roles in management.

He is not necessarily the type of exciting manager that could help Everton challenge the hierarchy in the Premier League and push for European football.

One of Benitez's former Liverpool players is not convinced by the appointment.

Speaking on Talksport, Jermaine Pennant said that he believes Everton could be 'stagnant' under his management. He also provided some examples from their time together to show why this could be the case.

Look, it’s different for every player, different players will react differently with Rafa

But in my eyes he wasn’t a great man-manager. His skills in that department were lacking.

Steven Gerrard and Jamie Carragher have also made this publicly known as well, that they felt it was difficult.

I felt it was difficult to approach him, have a conversation and maybe talk about certain situations on and off the pitch.

He wouldn’t come up to you, he wouldn’t grab you by the side and have a chat about whatever you need to discuss. He kind of left it to Gerrard.

Especially to big games, at half-time if things weren’t going very well, it wouldn’t be him pointing fingers and shouting instructions and telling you what needs to be done to win this game, it would have been Steven coming in giving you an effing and blinding.

Playing back then, I wouldn’t want to annoy Gerrard first, and then my manager. Steven was the player-manager...

Is he going to light it up at Everton? Is he going to take them to the next level? Personally I don’t think he will. Sorry Everton fans!

He’s a legend at Liverpool for that famous game, coming back from 3-0 down in the Champions League, which was Gerrard-driven 100 per cent and I know that.

After Liverpool you look where he’s been… Newcastle he didn’t really set them alight, he kept them afloat.

I just feel he’s going to be a little bit stagnant at Everton.

With the signings he’s made, again they’re free transfers and they’re not going to light the team up and take them to the next step. Are they going to make more signings? We’ll see.

Benitez will certainly need a good start Everton as you'd imagine that some of the supporters could turn on him rather quickly if results are not good early on.

It will be interesting to see how it plays out over the coming months. 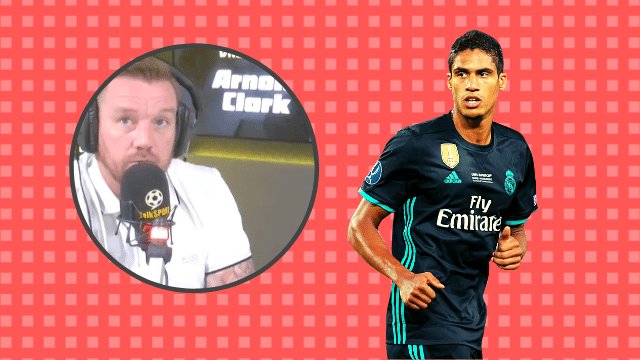