The issue of covid vaccination among professional athletes has dominated the headlines in recent days, with the unwillingness of some players to get the jab causing plenty of debate.

The NBA has been the most notable in dealing with this issue, with high profile players such as Kyrie Irving and Bradley Beal revealing that they have not been vaccinated. Irving could even be forced to miss all of his team's home games this season due to New York state laws surroundings vaccination requirements for large scale events.

With another international break just around the corner, football is now being faced with the same issue.

The UK Government has shown a willingness to wave quarantine rules for players returning from 'red list' countries if they are fully vaccinated. However, not all footballers meet this requirement, including some members of the Ireland U21 squad.

They will face Montenegro in a European Championships qualifier on October 12th, a country that is on the UK's 'red list'.

Speaking after he announced his squad yesterday, Ireland U21 boss Jim Crawford said that a number of his players could be unavailable for that game due to the fact that they are unvaccinated and would have to quarantine upon returning to their clubs in the UK.

I don’t think I’m in a position to force people to have the jabs either. It’s totally what they want to do.

We’ve asked them through our doctor Mortimer O’Connor, he’s had numerous meetings with the players about getting the jab and it’s really up to them. If they decide to get it, it’s their choice.

I don’t want to name any names but there are about seven players that would possibly miss out on the second game if the policy is agreed with the UK government to allow players only who have been double jabbed...

All we can do, all we have control of, is that when they are in our care we can point out what we feel is right, they can agree and disagree with you.

I know there are conspiracy theories, we have all heard of the conspiracy theories here but it’s our choice to get the jab, certain players now will realise that potentially - and it’s potentially as nothing is signed, sealed and delivered yet - that players could miss out on a game against Montenegro which just so happens to be a red district for the UK.

This is far from an ideal scenario for Crawford, although it is one that a number of international managers could be facing in the weeks ahead. 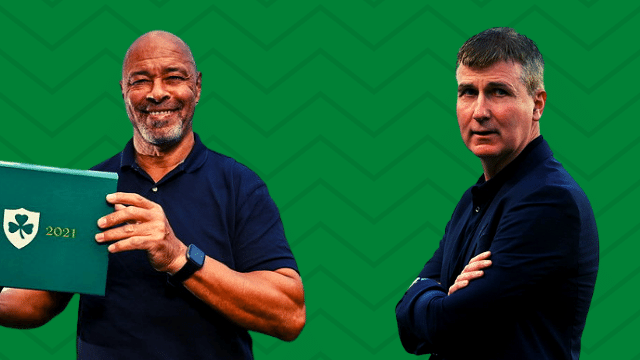