St Mirren Boss Calls For Meathman To Be Given Ireland Shot

Jamie McGrath scored his 12th and 13th goals of the season for St Mirren on Saturday as they beat Hamilton in the third round of the Scottish Cup.

Post-match, St Mirren manager Jim Goodwin called for the Meathman to be called up to the Ireland squad by Stephen Kenny.

"I would love Jamie to get a call-up for the international team," said Waterford man Goodwin.

"I really would love him to get recognised within that group. I know Stephen Kenny knows him well from his Dundalk days, but in my opinion, Jamie is a far better player now than what he was at Dundalk. I think he's taken his game to a whole different level.

"It frustrates me that he's not getting the recognition he deserves. I honestly believe that if he was playing at Aberdeen, Hibs, Celtic or Rangers, then he'd be in that team. The fact that he's playing against St Mirren shouldn't go against him.

"He's good enough to be part of that group. When I look at some of the other players who are in the squad, there's no reason why Jamie McGrath shouldn't be in it. I won't stop banging the drum for him.

"It's not just the goals that he's scored, it's his all round composure, his quality on the ball; that's something Ireland are really lacking at the moment. We can't score goals - as a nation, we're really struggling, we're toiling in that final third area. We lack someone with that awareness and composure to go and not only score goals but to assist."

The St Mirren side which won on Saturday featured five Irish players: Joe Shaughnessy and Conor McCarthy at the back and Jake Doyle-Hayes, Dylan Connolly and McGrath in midfield.

McGrath, a former Ireland U21 international who left Dundalk to join the Scottish side in January of last year, opened the scoring in Saturday's game after just four minutes.

"The quality and composure that Jamie shows for his first one is a real lesson for any young lad out there," said Goodwin.

"It's very easy to rush that situation and panic. He's got the awareness of what's happening around him. He's where the keeper is out of the corner of his eye and just lobs it over him into the net.

"The penalties, I've never been so calm as a manager. It just shows what a cool kind of character he is. He waits for the keeper to move and then just slots it down the other side." 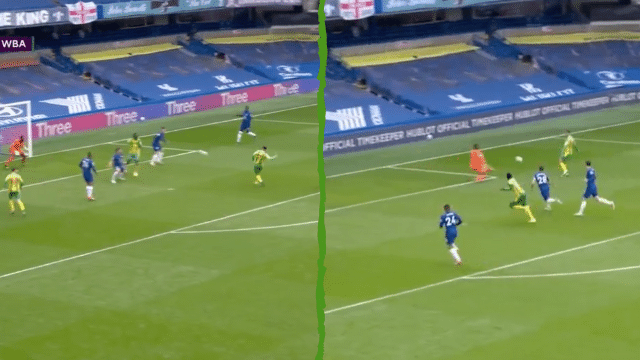