Despite having 11 players ruled out of their clash with Celtic due to Covid-19 issues, St Mirren still managed to pick up a point on Wednesday evening.

Manager Jim Goodwin had recommended to the St Mirren board that the club refuse to play the game.

"We had no time to prepare with the players," Goodwin explained after the game which finished scoreless.

"We did no analysis whatsoever on Celtic. We had one training session together on Monday. We couldn't train [on Tuesday] because we had to close the building down.

"This is all on the players tonight. They deserve a huge amount of credit for what they've shown and done for the club."

The St Mirren starting line-up featured three teenagers, including 17-year-old debutant Kieran Offord who was recalled from a loan at East Stirlingshire.

Just over two hours before kick-off, two players discovered they had tested negative for Covid-19.

"There were two players that got results back at 5:30pm," said Waterford man Goodwin.

"They were racing across the motorway to get here in order for us to get them on the teamlines, and get them in the team. I won't name names. Thankfully, their results were negative, and they were able to play.

"It's been a stressful 48 hours. I think we all thought at one point today that the game would be off. Then we found out at 4pm that it's going ahead.

"I don't think the players or staff will ever prepare as badly for a game of football again in their careers - I certainly hope not.

"It was a big point, probably the biggest point this club has had for a number of years, certainly the most hard-fought point I've had for a long, long time.

"I said to [the players] after the game that it's amazing what the human body can do, and what you can get through if you've got the right mentality. That's what it boiled down to tonight.

"We said before the game that it feels like the whole world is against us. When people try to knock you down, you've got to come back up fighting. If you get backed into a corner, then I was always told that you come out swinging. That's what the boys did tonight. They were willing to fight and scrap for every single ball." 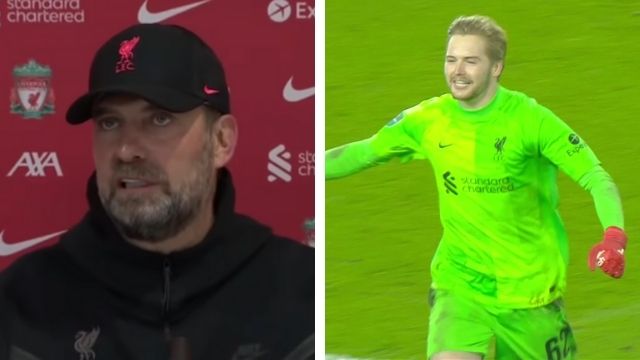 Football
3 days ago
By PJ Browne
McGeady Questions Why He Got So Much Abuse For Choosing Ireland
Football
4 days ago
By PJ Browne
McGeady Story Shows How Much Strachan 'Didn't Like Him' At Celtic
Football
1 week ago
By Luke Delaney
The Pleas For Rangers Fans To Behave In Seville Roll In As Supporters Kicked Off Flight
Popular on Balls
Motorsport
2 days ago
By Eoin Harrington
F1: New Team Radio Clips Show Sergio Perez Frustration With Team Orders In Barcelona
Football
1 day ago
By PJ Browne
Five Things Learned From Stephen Kenny's Nations League Press Conference
Football
9 hours ago
By Gary Connaughton
Gary Neville Was Not Happy With Jamie Carragher's Comments About Marcus Rashford
35