Eight games into the Premier League season and both Manchester clubs, United and City, have started unbeaten. Two points off the nouveau riche City, United had scored 25 goals, conceded only six, and wracked up big wins against Spurs, Arsenal and Chelsea in the process - they had won four of the previous five league titles.

Roberto Mancini's City, with one fewer draw than Ferguson's United, had scored two more, conceded six themselves, and sat atop of the Premier League when they visited Old Trafford on the day in question. Despite winning the FA Cup the season before, City had not won the league title since Joe Mercer was in charge in 1967/68.

A game remembered now for its scoreline, Balotelli's 'Why Always Me?' celebration, and the precedent that City's 6-1 victory set in the last truly exciting Premier League run in, Joe Hart scarcely left any impression on that most remarkable of victories.

And, really, why would he have?

Apart from Darren Fletcher's beautifully curled goal for the hosts, Hart didn't have a whole lot to concern himself with. A match that didn't quite signify a changing of the guard, but perhaps a more conscious effort at shift rotation, Hart nevertheless exuded something of what this City side were about.

Strong, tall, courageous, fearless, commanding, ambitious, and arrogant, Hart's most admirable attributes were all the more glaring when one considered his opposite number that day; the 'keeper conceding six goals, David De Gea.

Four years Hart's junior, the 20-year-old Spaniard appeared frightened at what was unfolding around him. With one less player in front of him after Jonny Evans' was sent off early in the second half, one would struggle to imagine how far the trajectories of both goalkeepers would run in opposite directions over the coming years.

Sitting behind Hart's goal that day for the first-half of proceedings, what immediately struck one beyond his physical attributes was the downright satisfaction he took reveling in the abuse he couldn't help but hear.

Turning to smile at a crowd who couldn't but have been a little reminded of Peter Schmeichel in this 'keeper's evident talents, Hart, like the Dane when he arrived at United, appeared exactly the sort of player a club of City's ambitions would need to achieve sustained success. 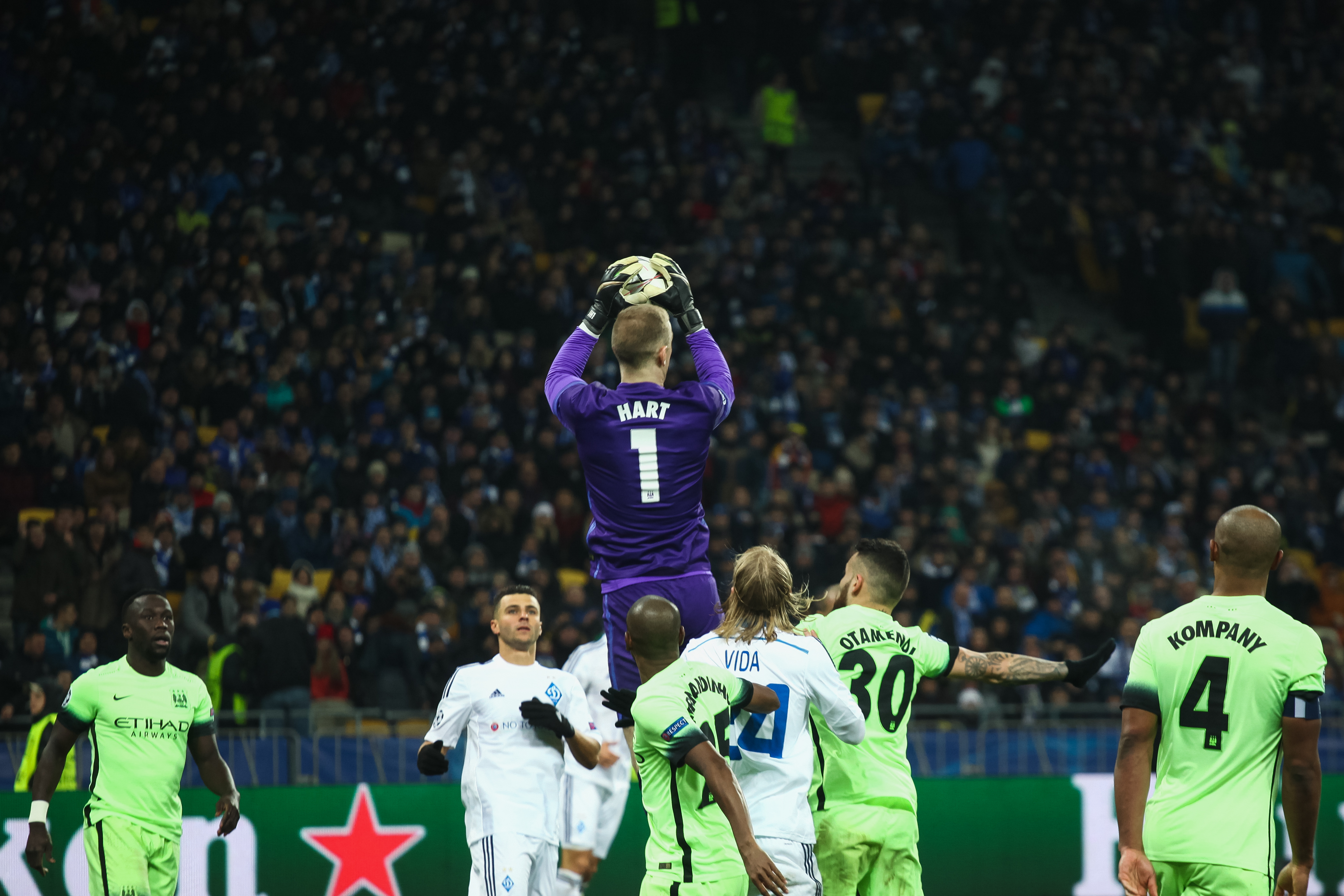 Yet, with 75 England caps to his name (66 more than the three selected 'keepers combined), Hart will not be going to this summer's World Cup in Russia. How then, almost seven years on, has the 31-year-old Hart fallen quite so far?

Well, it is straight-forward really; he is not actually the player he appeared to be. Between Pep Guardiola's immediate dismissal of his suitability for City's new approach, largely disappointing spells with Torino and West Ham United, and now his premature embrace of international wilderness, one is still left wondering, nevertheless, how he could have faked it so long before, seemingly, not making it?

Although there are any number of theories and rationales for his unlikely perseverance (great teammates, a more visible scapegoat, a misreading of his ability based on the hitherto temperamental success of City), statistics revealed at the start of this season demonstrated one fascinating aspect of Hart's frailties.

According to Opta, Hart has tremendous difficulty saving shots that come low to his right and - particularly - his left hand sides.

Two of the four goals Hart conceded in England's ill-fated Euro 2016 campaign, that the other two were scored within close range of the six-yard box hardly worked in Hart's favour either.

Yet, how long had this issue highlighted by Opta afflicted Hart's game? Quite a while, it seems.

Or, what about when it appeared City were intent on squandering that maiden Premier League push in the March/April months of 2012? A 3-3 draw at home to Sunderland saw two of Martin O'Neill's side's goals go in Hart's left-hand corner. Against Arsenal, a 1-0 defeat at Arsenal was cemented by Mikel Arteta's shot to - you guessed it - Hart's low, left-hand corner.

Even on the dramatic, title-clinching final day of that season, Djibril Cissé's goal for QPR managed to find its way by Hart in a similar fashion.

With complete access to Hart's back-catalogue of goals conceded, one can only imagine the number of similar goals that have been scored. According to that Opta study, roughly four of every 10 shots Hart faces low to the corners find there way past him. 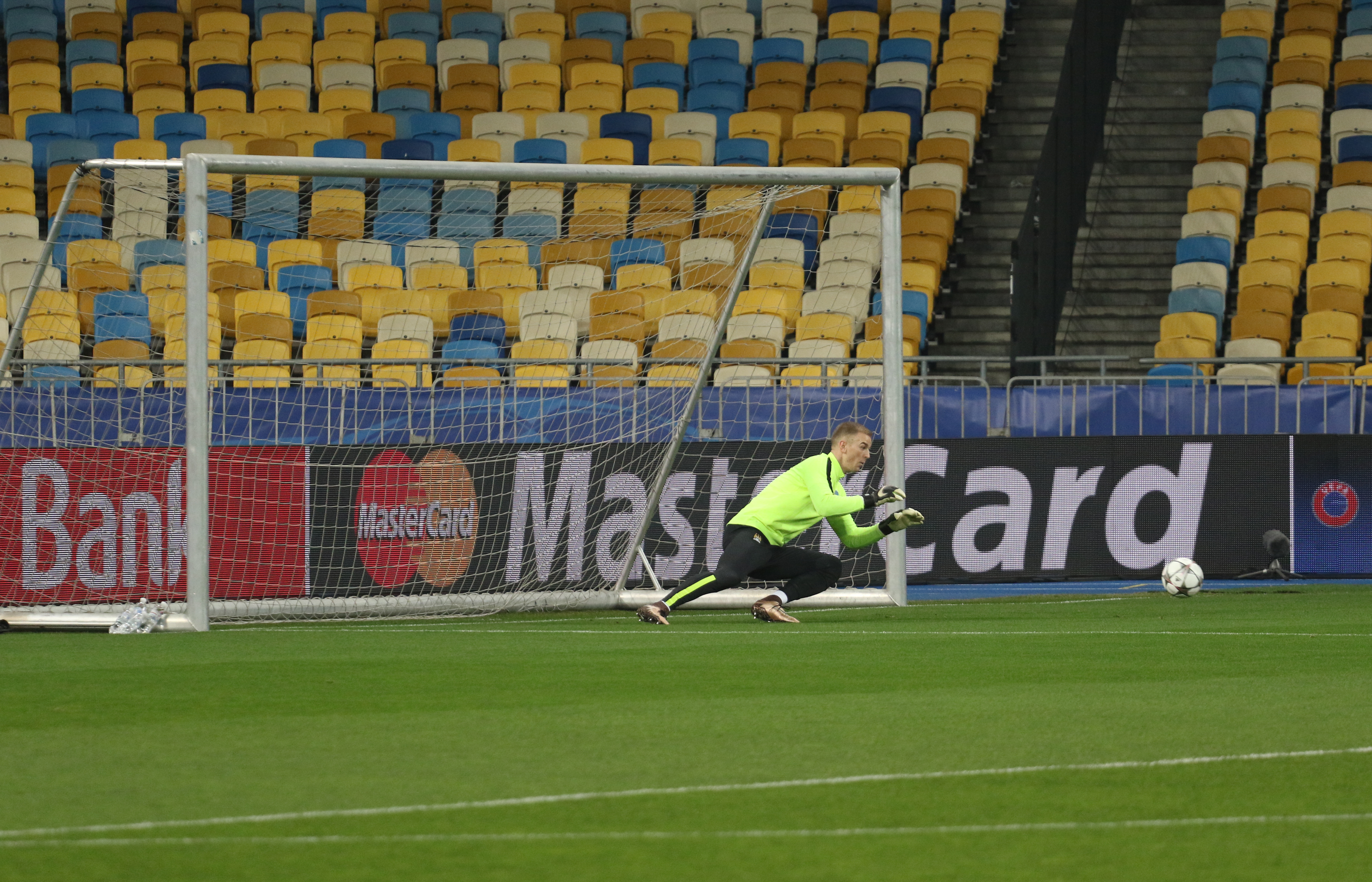 Although the beginning of the end for Hart at the elite level began long before his omission from Gareth Southgate's England squad for the 2018 World Cup, this is, nevertheless, a sobering moment for a player who could once have fostered hopes of surpassing Peter Shilton's 125-cap-record.

From the player that seemed so assured of himself as City swept past United in such a devastating fashion seven years ago, we are now left with a figure who once exuded so much style and substance, only to realise these traits were built upon little more than a "handful of dust."