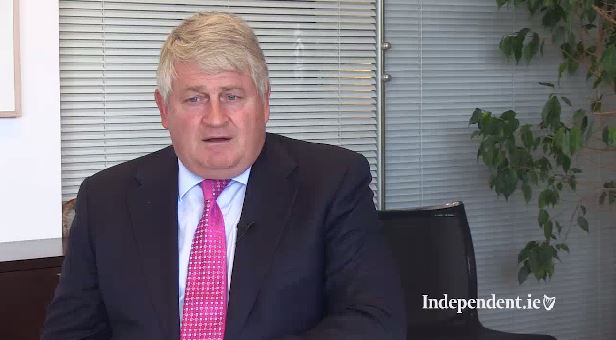 The Independent are promoting their John Delaney documentary which can be watched on their website from this Sunday.

Delaney has spent six months collaborating with their gossip columnist/features writer Barry Egan. Delaney talks extensively with Egan about the state the organisation was in  Interviews are conducted with Denis O'Brien, Eamon Dunphy and Martin O'Neill.

John Delaney could run UEFA easily. He could run FIFA as far as I'm concerned... certainly better than Sepp Blatter. And more honestly

The trailer has a vaguely 'hagiographic' feel and the documentary has been somewhat grandiosely titled 'John the Baptist. But it should be an interesting watch nonetheless.

Football
11 hours ago
By Gary Connaughton
Watch: Roy Keane Pulled No Punches On Burnley After Their Relegation
28