This is a big coup for Ireland.

Much has been made of the FAI's attempts to recruit players born overseas to play for Ireland in recent times, with some high profile players opting to pledge their international futures elsewhere despite coming through the Irish system.

However, Ireland will continue to seek out eligible players about pulling on the green jersey.

Stephen Kenny recently revealed that conversations have take place with Manchester City starlet Liam Delap about playing for Ireland, while they had also recently recruited a young player making waves in La Liga.

Getafe's  John Joe Patrick Finn has made eight first team appearances this season, despite only turning 17-years old in October of last year. Born in Spain to an Irish father and Cameroonian mother, he is also eligible to represent England. It is believed that all four nations were interested in bringing him on board.

Stephen Kenny and Ireland U21 boss Jim Crawford spoke to the forward a number of months ago about playing for the country, a pitch that now seems to have paid off.

Speaking to members of the media earlier today, Crawford revealed that John Joe Patrick Finn is set to commit his international future to Ireland.

The Getafe player would have been included in the Ireland U21 squad for the friendly against Wales next week, but was ruled out due to a slight ankle injury. It is expected that he will be available for the next international window:

He certainly wants to play for the Republic of Ireland. Unfortunately he picked up an injury a couple of days ago and he's out for I think 10-12 days.

It's a little bit of a disappointment for us and for John Joe, but the most important thing is that John Joe gets himself fit and gets back playing again.

We had a lot of conversations over the last number of weeks and they have been all positive, so I have no doubt that perhaps in the next window if everything is fine regards injuries that we will have John Joe Finn on board.

There was also more good news after West Ham striker Ademipo Odubeko has been included in that U21 squad after some speculation surrounding his future with Ireland.

Bringing a player of Finn's talent into the Irish setup is certainly a big boost, with a number of football fans in this country suddenly having a new favourite La Liga team.

We will be keeping a close eye on his progress in the coming months. 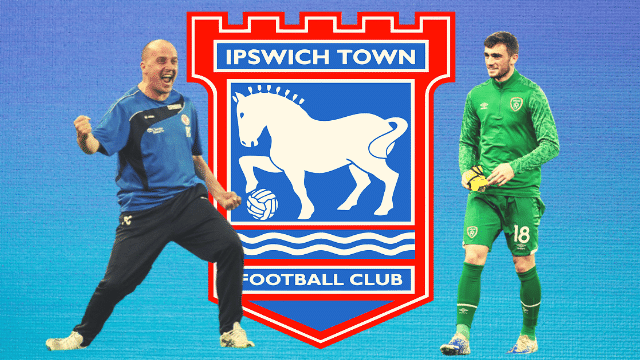