Kennedy Annoyed With Ref After Big Celtic Defeat To Rangers

Celtic suffered their biggest Old Firm defeat in 14 years on Sunday, going down 4-1 to Rangers at Ibrox.

Rangers took the lead through Kemar Roofe after 26 minutes during a phase of play which also saw Callum McGregor shown a red card.

McGregor had picked up a yellow card just two minutes earlier for a foul on Ryan Kent. He then fouled Glen Kamara during the build-up to Roofe's goal.

Celtic equalised shortly after through Odsonne Edouard but goals from Alfredo Morelos, a second from Roofe and one from substitute Jermain Defoe gave Rangers the win.

Interim Celtic manager John Kennedy described the defeat as a "sore one" and added that he was annoyed with referee Nick Walsh.

"Going down to ten men, it puts you on the back foot but we still managed to create within that," Kennedy told Sky Sports.

"Rangers were more clinical once again but the sending off's the big point in the game.

"It's the turning point. The second tackle, he's on a yellow, he goes to ground and gets a red card - that's not a problem. It's the first yellow card [that I have an issue with].

"I asked the referee at half-time, 'What did you book McGregor for?' He said, 'A reckless tackle'. Now, I don't see any recklessness in it. He's on his feet, made a genuine attempt for the ball and [Ryan] Kent's managed to nip it before him. There's nothing reckless in it.

"There's another incident on the far side when [Odsonne] Edouard's breaking through in the final third and gets taken down with a sliding tackle, and we get a free kick. There's no consistency there and that's what I'm most disappointed with. Red cards can happen but at least make the right calls."

The result keeps Rangers on track for an unbeaten league season. 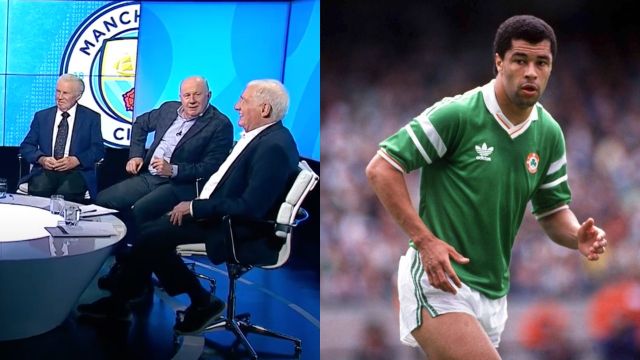