John O'Shea's Manchester United career was filled with highlights - but few were as memorable as his cameo in goals against Tottenham in 2007.

O'Shea appeared on the official Man United podcast this week, and remembered the incident - and said it was only decided he would go in goal on the pitch mid-game.

John O'Shea says he "couldn't have been a keeper"

For all of his 12 years at Man United, John O'Shea was known as the ultimate utility-man. He was used across the back four and midfield, and was known for putting in shifts no matter where he played - though he most regularly featured at centre-back and right-back.

His career at Old Trafford was dotted with countless memorable moments - nutmegging Luis Figo in a Champions League quarter-final, scoring in a Champions League semi-final, last-minute winners at Highbury and Anfield - but it is his sub-10 minute stint in goals for United in 2007 against Spurs that remains the most unusual moment of his career.

O'Shea was subbed on in the 80th minute as Man United's third and final change. They were 4-0 up and cruising, when six minutes later, goalkeeper Edwin van der Sar was knocked out by Robbie Keane's trailing knee after making a last-ditch save.

John O'Shea goes in goal for Manchester United for 10 minutes after Edwin van Der Sar had to be taken off with injury and United had already used all of their subs. 2007.

What followed was a scramble to decide who would go in goal for Man United, with no substitutions available to Ferguson. Speaking on the official Manchester United club podcast this week, O'Shea revealed that the decision for him to go between the sticks was a last-ditch one made in the heat of the moment by captain Gary Neville.

It was baffling, really, because Rio [Ferdinand] was fairly certain he was gonna get the nod to go in goal. I think it might actually have been Gary Neville in the end who said 'no, Sheasy would be a better option, I think.'

And I said I'd do it, obviously, I played Gaelic football growing up...it wasn't going to be an issue. I was kind of thinking that - I might have actually said it - but I think the lads would have been like 'what?!'

To O'Shea's credit, he did an impressive job in goal, managing to keep Spurs out for the final stages of the game despite the home side getting close to his goal on several occasions. For the Irish centurion, however, one memory of the day sticks out clearer than most.

The weird bit was...when you look back, you're always sent different things. I was coming out for a cross and it was...the worst attempt at catching it - I've got contact on it, at least! I was coming out to catch it and then at the last minute I thought 'no, I'll punch!' and I absolutely flapped at it. Thankfully I kept a clean sheet.

There was some national pride at stake, with fellow Irishman Robbie Keane leading the line for the opposition. The most famous incident of O'Shea's time in goal was a one-on-one with Keane - and the save that he made ended up making for great bragging rights when the Irish squad met up for an international against San Marino later that week.

We were going on international duty after that and Robbie wasn't that happy, because he was obviously hungry for goals! Look, people obviously forget a little bit the scoreline at the time - I think we were 4-0 up!

O'Shea is a proud Waterford man and, if you were wondering when an official Premier League club podcast was ever going to talk about the state of Gaelic football in Waterford, the answer is now. 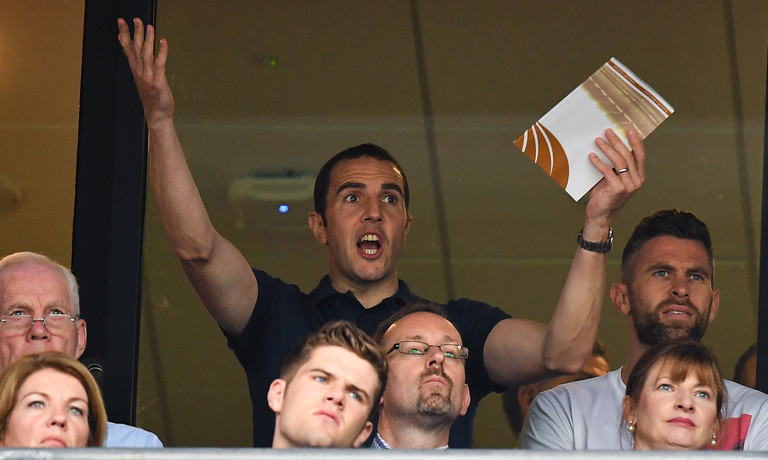 John O'Shea during the 2017 All-Ireland senior hurling final between Galway and Waterford at Croke Park in Dublin. Photo by Brendan Moran/Sportsfile

"Sheasy" spoke about the influence that playing Gaelic football had on his soccer career - as well as why he didn't stick with the sport, and why hurling was never quite his cup of tea.

[On playing Gaelic Football] When you say "football" and "soccer" - back in Ireland, it was one of them...because of school and where I was from, playing Gaelic was a big education for me in playing football too, in terms of the physicality. If you watch it on the telly now, you see how physical it is.

I really liked Gaelic football, I played full forward and midfield. Hurling I did play for a little bit but I just didn't take to it. You're playing against people who mightn't like you, and they have a stick!

If I had stuck with it, I would have hoped to have been picked for my county team. Waterford are much better at hurling than they are at football, unfortunately, at the minute - you never know, I could have kicked Waterford on to a new level in Gaelic football!

For Irish fans, the image of the likes of John O'Shea and Robbie Keane lining up against each other in big Premier League games is an image of a sadly distant past. Both starred in the 2008-09 Champions League, when Keane scored two goals and O'Shea started the final for Man United, but it has been a long time since Irish players made an impact at that high a level in England.

Regardless, O'Shea's time at Man United was marked by both consistently reliable performances, and a fair share of cult hero moments - and he thinks that his time in goals against Spurs struck the perfect balance between the two.

It was strange - a good experience, but I don't think I could have been a keeper! At least I'm able to say "100% clean sheet record in the Premier League" as well - not too many keepers have that!

SEE ALSO: Questions Over Irish Coach At Manchester United As Solskjaer Hangs On 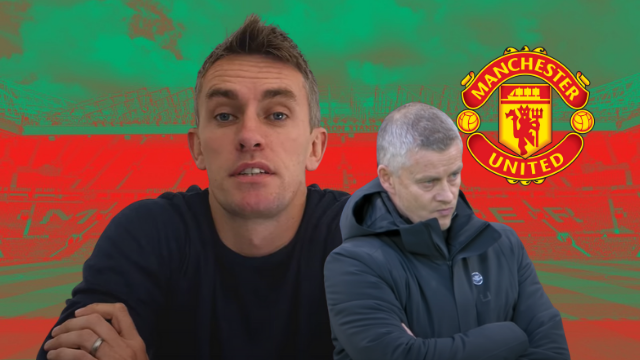