Former Irish international pair Jon Walters and Clinton Morrison have questioned the route Stephen Kenny is going with his side.

The Boys in Green are winless in 16 competitive matches, with Kenny presiding over 12 of those games.

His only win as Ireland boss came in a friendly win over Andorra in June. And it seems as if Jon Walters and Clinton Morrison have had enough.

While Kenny's reign has received plenty of support in recent days, that has not stopped the two former Ireland internationals from offering a different take.

"You've got to get a result in international football to qualify," Walters explained on Sky Sports.

"Everyone in Ireland wants us to qualify and I'm still not seeing it.

"I'm being told that we're doing this and that but I'm still not seeing it."

🗣"I'm still not seeing it." @JonWalters19 and @morrisonclinton debate Stephen Kenny's tenure in charge of the Republic of Ireland. pic.twitter.com/8wemPAbfO5

Clinton Morrison was of the same view, and asked why Kenny has decided against going against the tried and tested to get goals and results.

"You know how we're a threat? From set-pieces, everyone knows that so why change it?

I understand that he is trying to change things but you are judged as a manager by results and the results are not good enough.

Both players views contrast heavily with what has been said by Kenny in recent days.

The Ireland boss has pleaded for patience as his young side continue to show signs of growth.

"I think there’s real progress overall to be honest. That’s the way I see it, the way my staff and all the coaches see it and there are a lot of people behind us.

There are a lot of people who aren’t (behind them) who say ‘that’s not your job to develop the game here, your job is just to win the next game’.

That kind of near-sightedness doesn’t create anything, you might beat teams that you should beat. But you’ll never beat the teams you strive to beat.

You’re trying to build something tangible over a period of time and that can be successful. That’s how I see it.

I’ve done it because we have a very exciting squad emerging.

We’ve not had a huge pool of players to pick from between the experienced players towards the end of their careers and the young players who are coming through. 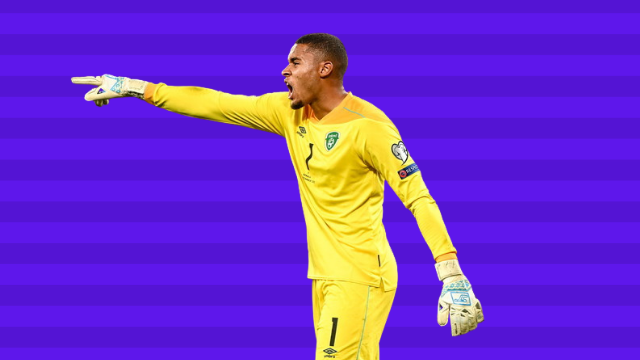 Football
5 days ago
By PJ Browne
Who Ireland's Captains And Coaches Voted For In FIFA Best Awards
Football
1 week ago
By Gary Connaughton
6 Players We Expect To Make Their Ireland Debut In 2022
Football
1 month ago
By Eoin Harrington
FAI Set To Offer Stephen Kenny A New Contract
Popular on Balls
The Rewind
1 day ago
By Gary Connaughton
Quiz: From Which Irish County Did This Company/Product Originate?
GAA
7 hours ago
By PJ Browne
Insane Drama As Late TJ Reid Goal Sends Ballyhale Into All-Ireland Final
The Rewind
2 days ago
By Jonathan Byrne
The Story Of Meat Loaf's Tour In Ireland During The Troubles Is Remarkable
Football
6 hours ago
By Jonathan Byrne
Roy Keane Enjoyed Dig At Harry Kane For Referee Bias Being 'England Captain'