Evans was part of the Sunderland team that won the Championship in 2006/2007 under the Corkman's guidance. But for Evans, his journey with Keano started long before.

"Being absolutely Manchester United daft as a kid growing up in Northern Ireland, it was pretty inevitable that Roy Keane was my hero," Evans said in his article.

Evans was in the fringes of the Manchester United squad as a youngster in Keane's last playing days at Old Trafford.

"I didn’t really get the chance to train with Roy at close quarters, but Fletch (Darren Fletcher) did, and he said that Roy’s touch and technique were so underrated."

"It was such a massive shock when he suddenly left United in late 2005," Evans said. "That was a big moment in United’s history, and surreal for me to experience as a part of the club."

After his highly publicised exit, Keane went on to play for Celtic and go straight into management at Sunderland who were playing in the Championship.

Evans would find himself drafted into a conversation to play a part in Keane's setup at the Stadium of Light. An opportunity he relished.

"I went up to the Stadium of Light to watch a game right at the end of December," Evans remembered. "Halfway up the motorway on the way to the game, the steering wheel locked, so I had to pull in."

He recalled getting a taxi the rest of the way and leaving his car behind on the motorway. After watching the game and speaking to some of the backroom team, the call would come through.

"The next week, a day before my birthday, Roy called me," Evans said. Roy told him, "We want you up to sign tomorrow, make your way up to Sunderland to training and we’ll get you into a hotel.”

There was a slight caveat for Evans at the time, as his car will still occupying space on the motorway on the way up to watch the Sunderland game a week before.

Evans was honest with Keane to which he responded, "Right, I'll come round and pick you up." Keano was playing the role of manager come taxi man.

"Roy Keane pulled up outside my mum and dad’s house, knocked on and drove me up to Sunderland.

"You can imagine what that trip was like for me."

Jonny Evans recalls a car trip in the company of his former captain, new manager and #MUFC hero...

"Roy Keane drove round to Sale," Evans said. "Pulled up outside my mum and dad’s house, knocked on and drove me up to Sunderland."

"You can imagine what that trip was like for me. From start to finish, I just knew that I was in the middle of an unbelievable conversation."

Without wanting to come across as too much of a fan, Evans said he was "desperate to play it cool" and not make show of himself in the car.

Keane would later reveal in his book that he had a mutual admiration for Evans, most notably for knocking someone out in the United canteen. (See above)

"There were so many questions, as a United fan who idolised him, that I’d always wanted to ask him. I’d always thought: Right, if I ever get the chance, I’ll ask him about this and that," he said.

"So I asked him a lot of questions, mainly United-related. Roy was great. He made me feel totally comfortable, answered every question and we had a great chat about football in general."

"He had such great insight and that was a really big experience for me," Evans recalled. Sunderland would go on to win the Championship outright that season.

While playing on loan for the Black Cats, Evans was full of praise for Keane and his management style despite a mixed set of results the season after in the top flight.

"Playing under Roy was fantastic, I loved it," the Northern Irish international said. "He was very demanding of his players, but that’s how it should be. That’s what I wanted, what I was used to."

"Roy can maybe be a bit more ruthless or cut-throat in how he approaches things and gets things across, but, for me, it was fine and I could handle it, no problem."

"I certainly didn’t experience the Roy Keane wrath that everybody talks about."

See Also: With Each Passing Game, The Kenny Doubters Have Less Ammo To Work With 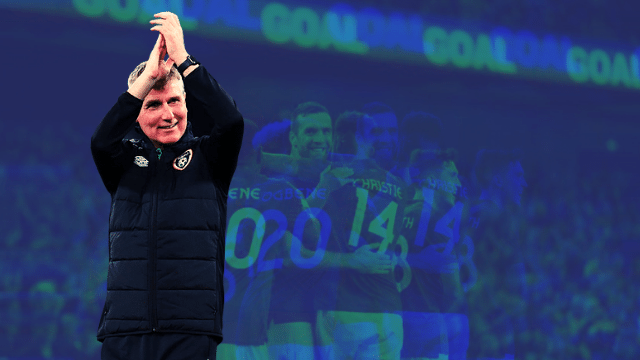