When Roy Keane questioned the wisdom of Jordan Henderson being in the England Euros squad despite him having played little football over recent months, you got the feeling that the Corkman was putting himself in the Liverpool midfielder's boots.

You're not playing but still have to hang around - a nightmare situation for Keane.

"He can't be there to babysit lads. What's he going to do?" Keane told ITV before England's victory against Romania at the weekend.

Do card tricks, run the karaoke, and organise quizzes were Keane's savourless suggestions.

Keane and Henderson have history. While Sunderland manager, Keane gave an 18-year-old Henderson his Premier League debut in 2008. For that reason, partially at least, Henderson had no issue with Keane's comments.

"To be fair to Roy, he can say what he wants about me," said Henderson.

"He gave me my debut and I wouldn’t be here without him giving me that.

"He can say whatever he wants about me. I found it quite funny, actually.

"So, yeah, listen, we know a little bit more detail, I know more detail and so does the manager, which Roy may not.

"But in terms of stuff like that, everyone’s going to have an opinion, everybody’s going to think they know better than everybody else."

When suggested to Henderson that he has more to offer this England squad than simply being a positive presence, he responded:

"Yeah, and the card tricks he was on about – I’ve got a few of them up me sleeve!

"Listen, as a player you want to play and I’m not coming here just to be around the camp, like Roy was saying.

"I want to come here and I want to contribute in the games. How much of that is not really down to me, it’s up to the manager to make a decision." 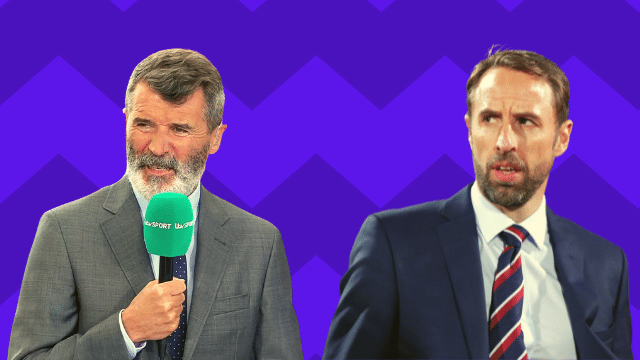