On Tuesday evening, Jordan Pickford became the first English keeper to save a penalty in a major tournament shootout since David Seaman at the 1998 World.

A crucial save it proved to be too. Pickford's stop from Carlos Bacca's kick allowed Eric Dier to step up next and send England into the quarter-finals.

Much has been made of England's preparation for penalty kicks at this World Cup. This week's game was the first time an England team went progressed via spot kicks since facing Spain at Euro 96.

Players have spoken extensively about how they practised. It was mainly done at the end of tough training sessions in an attempt to replicate the fatigue they would feel after playing 120 minutes.

Pickford also conducted analysis in advance of the game.

"I did a lot of research on them for starters," the Everton keeper told ITV after the game. "Falcao is the only one who didn’t go his way."

According to Sky Sports, Pickford went into the exam with notes on him. His water bottle had the vital information about the Colombian penalty takers' preferred spot. 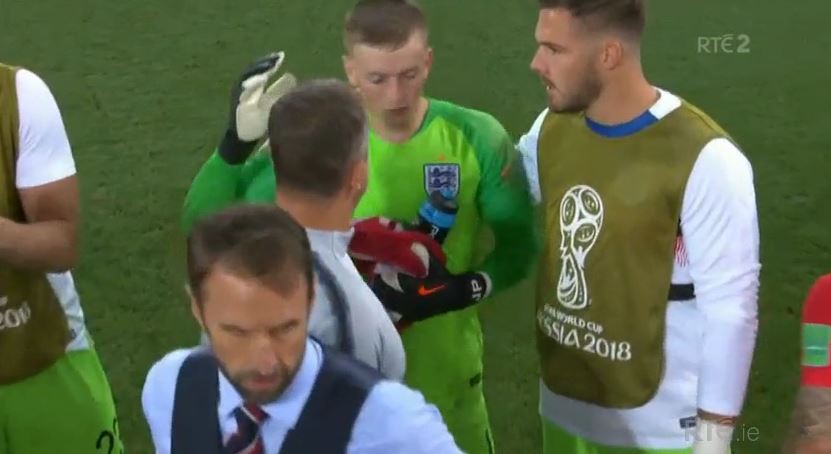 There does indeed appear to be writing on the neck of the bottle which Pickford used during the shootout. It also appears to have been handed to him by substitute keeper Jack Butland shortly before the shootout began as England players stood in a huddle.