Manchester United emerged deserved 3-1 winners over Spurs this evening, but the main talking point after the game was a goal that Ole Gunnar Solkjaer's side were not awarded.

Edinson Cavani, who would go on to net a brace in the second half, thought he had given his side the lead in the opening 45 minutes. However, the goal was chalked off due to Scott McTominay's hand making contact with Heung-Min Son's face in the buildup.

It was a very harsh decision, one Roy Kane certainly didn't agree with.

Speaking after the game, Solskjaer clearly wasn't pleased with the South Korean's antics, saying his own son would go without dinner if he tried to pull off a similar stunt.

We shouldn't be conned.

I have to say, if my son stays down like this for three minutes and gets ten of his mates around him if he gets that in his face from one of his other mates, and needs ten mates to get him up, he won't get any food.

I'm saying the same now as I did the first time we played them.

Jose Mourinho wasn't pleased with the comments, although it seems he took the quotes about potential child neglect a little bit too literally.

He launched a bizarre attack on Solskjaer in his post-match press conference, saying he would steal to feed his own children if he had to. Seriously...

🗣 "Son is very lucky his father is a better person than Ole."

Son is very lucky that his father is a better person than Ole. I am a father, I think as a father you have to always feed your kids.

It doesn't matter what they do. If you have to steal to feed your kids, you steal. I'm  very, very disappointed.

Like we say in Portugal - bread is bread and cheese is cheese. I told already Ole what I think about his comments.

I have to tell you that I'm very disappointed that is five, six, seven comments you ignore those comments.

For what it's worth, we don't think Ole Gunnar Solskjaer does make his children go without dinner.

SEE ALSO: Roy Keane Was Fuming After Cavani's Goal Was Ruled Out For 'Embarrassing' Foul 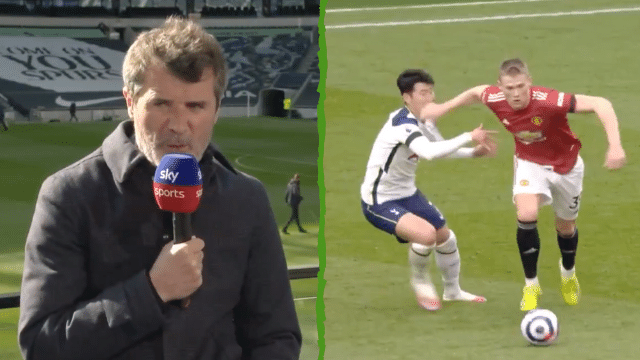