After being widely expected to saunter their way to a second consecutive major tournament this summer, France's Euro 2020 exit at the hands of Switzerland last night came as a massive shock.

The circumstances of the defeat made it even worse. Having put in a dire showing in the first half, the French turned on the style for a period after halftime to give themselves a commanding 3-1 lead. Of course, a late collapse would see the game go to extra time and eventually penalties.

Watching this French team, there is a massive sense of frustration in that you know they have so much more to offer.

Manager Didier Deschamps has employed a pragmatic style, but that must be questioned when they fail to hold onto a two-goal lead against inferior opposition. Some of his decisions contributed to this collapse.

Speaking on Talksport, Jose Mourinho said that Deschamps contributed to the result by choosing to bring off some of his best players late on when he looked to have felt his side would see the game out. The former Spurs manager believe replacing Antoine Griezmann with Moussa Sissoko, one of his former players, was particularly egregious.

“They had fun too early.” 🇫🇷

“Deschamps made one mistake that I have been thinking about many, many times.”

José Mourinho explains where it all went wrong for France at #EURO2020. pic.twitter.com/J51jMuAwvN

I also believe Deschamps made one mistake that I think about many, many times.

When you’re in a game where there’s a possibility of extra time you have to be very careful with the changes you make.

When you make a change on minute 89 and you take off one of your best players, Griezmann, who was playing amazingly well and you change Griezmann for Sissoko.

Then in extra time you have the unlucky situation you cannot control of Benzema getting injured or feeling something and you lose your two top attacking players.

And then during extra time you never felt France could win it because they didn’t have the power to do it.

I think in this moment that Deschamps knows he made that mistake, which is something that can happen to every one of us, but experience helps us.

When you have extra time as a possibility still open you don’t take off one of your best players.

Of course Deschamps may have believed that the introduction of Sissoko would add some more energy to the side and help them see out the remainder of the game with the lead intact.

In the end, they certainly could have done with Griezmann on the pitch for extra time. 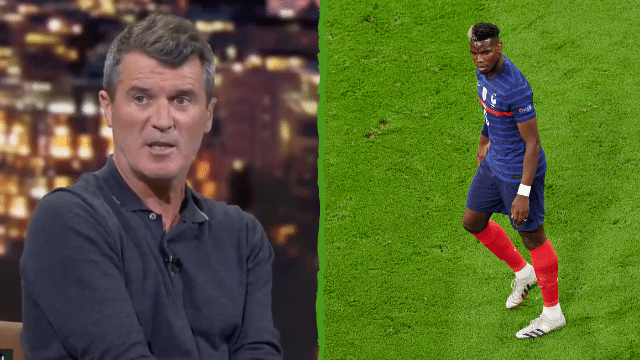