After exceeding expectations at the start of the season, Spurs have very much been brought back down to earth in recent weeks.

Some were quick to label Jose Mourinho's side as title contenders at the start of December, with the narrative being that their manager's risk averse style could perfectly suit this unorthodox campaign.

It has now become apparent that their negative style will not be enough to challenge at the top of the division. The club have now lost three of their last four league games and look like outsiders to secure a top four finish based on current form.

Spurs also lost another shot at a trophy last night, with the club falling to a dramatic 5-4 defeat at Everton.

One notable aspect of that game was the absence of Gareth Bale. Many assumed that the Welsh winger would be given a rare start in the cup tie, but he was not part of the matchday squad.

Speaking after game, Jose Mourinho said this was down to injury. However, he also seemed to hint that he wasn't exactly convinced by the player's claims that he was unable to play.

Jose Mourinho explains why Gareth Bale was not in the Spurs squad against Everton in the #FACup pic.twitter.com/3LITNw0j16

I think it is better for me to say: we played against West Brom on the Sunday and he didn’t play, he was on the bench.

Monday I was a bit surprised by him wanting to have a scan because he was not feeling comfortable.

He didn’t train on Monday then on the Tuesday he trained with the team but I was informed his desire would be to work with the sports science for a couple of days to strengthen that area where he was not feeling comfortable.

That is the reason why he is not here. I don’t think it is an obvious injury, I would say he feels uncomfortable and because of that training session he couldn’t be 100%...

Gareth was not here and the only thing I can say is the question I was asked. I wanted to make it very clear the situation, which I am being completely open and honest about.

Having re-signed for Spurs over the off-season, Bale has made little impact in North London up to this point. He has started only two Premier League games up to this point, scoring one goal and registering no assists.

Considering the way things have been going for Mourinho as of late, we should not be surprised to see him take swipes at some members of his squad. This has become a theme of his management in recent years, where he often picks on a couple of different names in the media.

The best example probably came at Manchester United, where the Portuguese was unrelenting in his criticism of Luke Shaw and Anthony Martial.

Bale always seemed like an obvious candidate were he to follow a similar blueprint this season. Some have been critical of how Mourinho has used the four-time Champions League winner, but he can hardly be blamed for his poor performances in the opportunities he has been given.

We already got a hint at some potential friction between the pair earlier in the season when Mourinho was caught on camera asking the player if he would like to go back to Madrid, with Bale's lack of impact in the intervening weeks unlikely to have endeared him any further.

Considering how much attention he garners from the British media and the fact that Spurs are paying him around £300,000 per-week, we imagine this situation could deteriorate quickly if we don't see a serious uptick in form from the Welshman in the coming weeks. 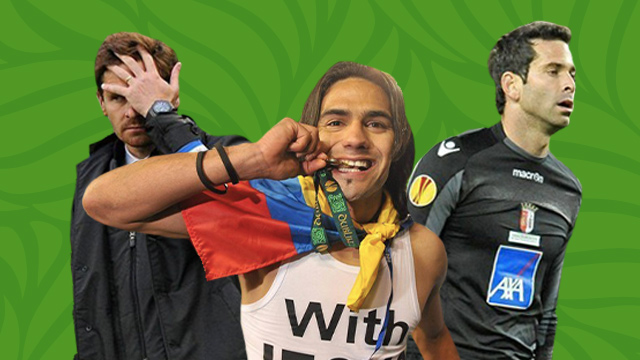