'Today, He Was Not Matt Doherty Like He Normally Is'

Jose Mourinho felt that Matt Doherty did not look like his usual self in his Spurs debut against Everton on Sunday.

Everton won the game 1-0 with Dominic Calvert-Lewin scoring the winner 10 minutes into the second half.

Doherty, unexpectedly signed by Mourinho from Wolves a fortnight ago, had a decent game and could have scored in the first half following an inventive exchange with Harry Kane. Doherty was later substituted with 15 minutes to play.

"In the second half after their goal, we were poor, we weren't physically strong, no intensity," Mourinho told reporters in his post-match press conference.

The team at this moment lacks players in physical condition.

For different reasons, many of our players didn't have a proper pre-season.

Mourinho picked out Doherty, in particular, as a player whose performance he felt suffered for the lack of a pre-season.

"We had a couple of weeks where players went to national teams," said Mourinho.

"So it was a difficult pre-season for many of the players. I couldn't expect them to be sharp, intense, agile. But I was expecting much more individually and much more collectively. That is where I have to work now.

"The players that didn't have pre-season, we don't have the possibility to give them a pre-season but we have lots of matches to play consecutively. We have to use these matches not just to win them but to improve the form of some players because some of them they were really in trouble.

"You can, for example, look to Doherty, a player normally in incredible condition. He didn't have pre-season. He went direct from holidays to national team matches, no pre-season at all, not one single training session. He played two consecutive matches.

"Today, he was not Matt Doherty like he normally is. These are the things that we knew could happen to us." 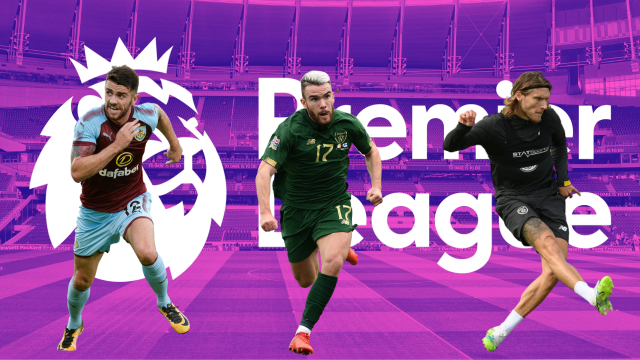 Football
1 day ago
By Jonathan Byrne
José Mourinho Addresses Everton Rumours After Roma Cup Win
Football
3 months ago
By Eoin Harrington
Mourinho Goes Full José In Interview After 6-1 Roma Defeat
Football
3 months ago
By Gary Connaughton
Jose Mourinho Was Up To His Old Tricks At Juventus Again Last Night
Popular on Balls
Football
1 day ago
By John Dodge
These Are The Irish Footballers Who've Received Ballon D'Or Votes
Rugby
8 hours ago
By Colman Stanley
Jimmy O'Brien Announced His Arrival On The Biggest Stage This Afternoon
The Rewind
12 hours ago
By Gary Connaughton
Quiz: From Which Irish County Did This Company/Product Originate?
Football
14 hours ago
By Gary Connaughton
Carragher Reveals Unhappy Instagram Message From Lionel Messi After MNF Comments